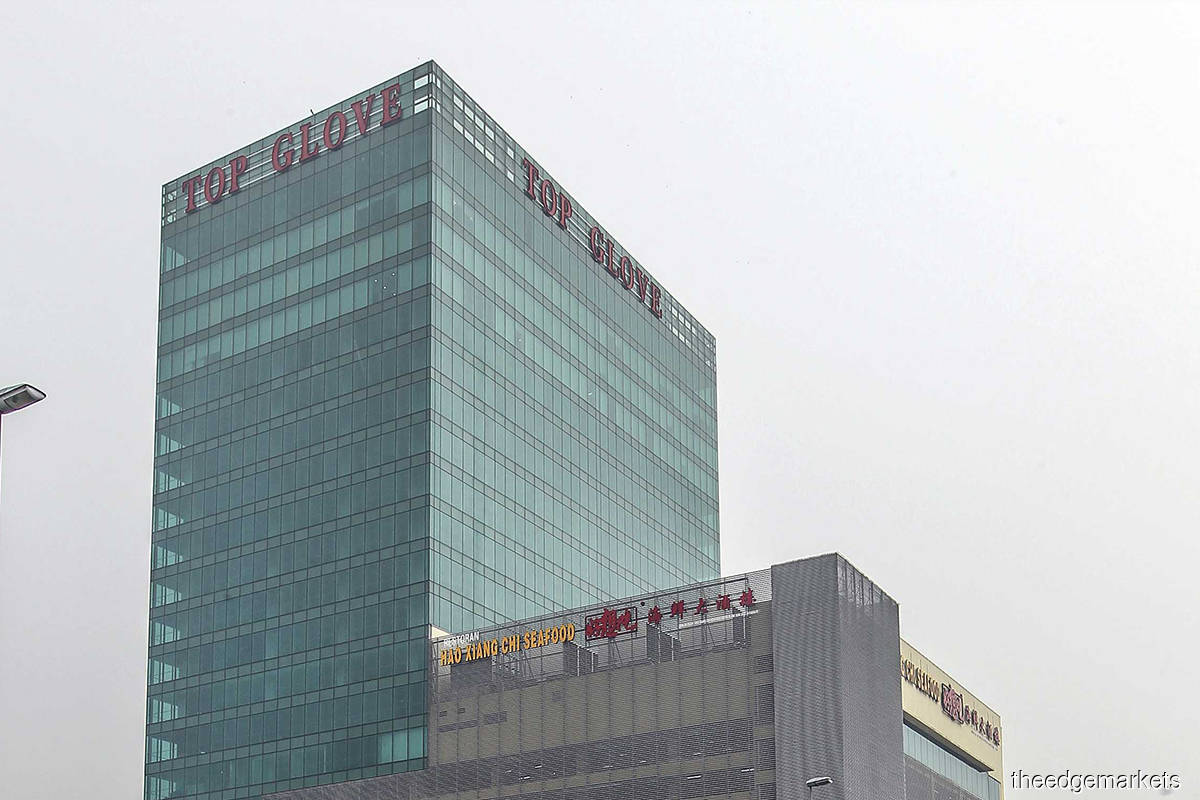 KUALA LUMPUR (July 17): Top Glove Corp Bhd gapped down during the opening bell, slipping to a low of RM19.60, but then swiftly rebounded into positive territory as analysts shrugged off the US detention order on the group’s subsidiaries.

Yesterday, the group confirmed that the US Customs and Border Protection had placed a detention order on gloves manufactured by two of its subsidiaries, namely Top Glove Sdn Bhd and TG Medical Sdn Bhd.

While it had not received confirmation as to the exact reason for the detention order, the group believed that it was due to foreign labour issues.

CGS-CIMB Research retained its ‘add’ call on Top Glove with an unchanged target price of RM25.

While the news could lead to some near-term share price weakness, CGS-CIMB analyst Walter Aw advised investors to buy on dips, as Top Glove is still set to post record-breaking profits in the coming quarters.

However, the group’s earnings per share is expected to drop 0.4% for every week the detention order is in place, said the analyst, noting that the group had indicated that it would take two to four weeks to resolve this issue.

“Based on our back-of-envelope estimates, Top Glove’s FY20 EPS will be negatively impacted by 0.4% for every week the detention order is in effect. Assuming that the detention order lasts two to four weeks, this will lower our FY20 EPS by between 0.8% and 1.6%,” wrote Aw in a note July 16.

He added that the acute global shortage of rubber gloves means that it will be easy for the group to find a market elsewhere.

Kenanga Investment Research analyst Raymond Choo expects the issue to be resolved in an amicable manner.

“Moreover, the acute shortage of medical grade disposable gloves globally and the heightened cases in the US means the urgency to reach the market place is far more important. In the meantime, due to the acute supply shortage and supernormal demand, Top Glove can sell to other countries since order lead time is more than 500 days,” said Choo.

Similarly, MIDF analyst Jessica Low Jze Tieng made no changes to her earnings forecast for the group and said that the earnings impact from the detention order is expected to be muted, as Top Glove is confident to resolve the issue within two weeks.

The estimated cost of RM20 million to RM50 million is minimal compared with the estimated earnings of more than RM1 billion in FY20.

“We believe the positive earnings outlook for Top Glove is unfazed by the detention order as demand for gloves remains strong with the average selling price of gloves to remain on an uptrend,” said Low.

Meanwhile, RHB Investment analyst Alan Lim is not worried about the detention order, pointing out that another company WRP Asia Pacific received a similar detention order on Sept 30, 2019, which was then revoked on March 24, 2020.

“In view of the acute shortage of gloves globally (including in the US), we believe that Top Glove should be able to resolve the issue swiftly, as this would help protect front-line healthcare workers in the US,” said Lim.