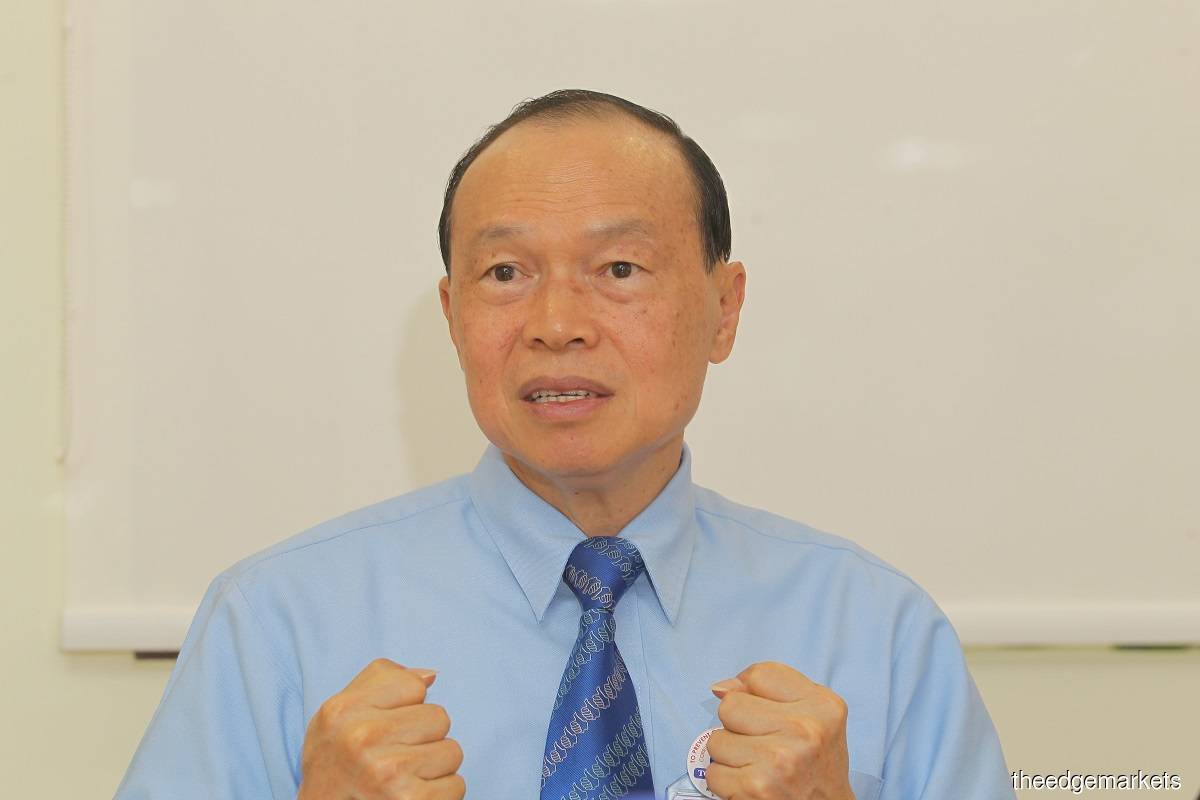 “All the issues surrounding the workers’ well being are being dealt with. We hope that the world listens to Top Glove’s explanation.” — Datuk Dr Mohd Khairuddin Aman Razali, Plantation Industries and Commodities Minister.

Lim said Top Glove, which is the world's largest rubber glove manufacturer by output volume, is trying to find a solution to the matter and that the company needs to explain the matter to the US Customs and Border Protection (CBP).

“He (Hall) said bad things about the company and the industry,” Lim claimed.

“We should be able to solve the issue within this month,” Lim said during a press conference held at the Parliament building here today.

In response to theedgemarkets.com's query via Twitter at the time of writing today, Hall said he rejects the libellous allegations made publicly at the Malaysian Parliament building today by Lim.

“I am regarded by many as a professional, responsible and successful activist, researcher, human rights defender and also independent consultant to the private sector, governments, civil society and investors working for the betterment of workers, particularly migrant workers, across Asia and the Gulf,” Hall said.

Lim, who addressed reporters' questions on forced labour allegations against the company, claimed today that Top Glove had, in the past, allowed its workers to work overtime because they wanted to work longer hours.

According to Lim, who also fielded reporters' questions on allegations involving the retention of workers’ passports by the company, claimed today that its foreign workers’ passports were retained for “safekeeping” and that Top Glove had already returned all the passports to them about a year and a half ago.

Mohd Khairuddin said his ministry is assisting Top Glove as the company contends with allegations regarding its operations.

“All the issues surrounding the workers’ well being are being dealt with. We hope that the world listens to Top Glove’s explanation,” Mohd Khairuddin said.

On July 16 this year, it was reported that Top Glove confirmed the CBP had a day earlier (July 15) placed a detention order on disposable gloves manufactured by two of the rubber glove manufacturer's subsidiaries, namely Top Glove Sdn Bhd and TG Medical Sdn Bhd.

It was reported that Top Glove said in a statement to Bursa Malaysia that the company was reaching out to the CBP through the glove producer's office in the US besides the company's customers and consultants, to understand the issue better and work towards a speedy resolution to the matter within an estimated two weeks.

“There is a possibility this may be related to foreign labour issues, which we have already resolved, save for one more issue with regard to retrospective payment of recruitment fees by our workers to agents prior to January 2019, without our knowledge. However, Top Glove has already been bearing all recruitment fees since January 2019 when our zero recruitment fee policy was implemented,” Top Glove was quoted as saying then.

Last Wednesday (July 29), it was reported that Foodstuffs said Top Glove's products will remain off its shelves until the glove maker satisfies the organisation's ethical standards in rubber glove production.

News reports, quoting Foodstuffs head of corporate affairs and corporate social responsibility Antoinette Laird, reported that Foodstuffs' supermarket chain had pulled Top Glove's disposable rubber gloves off its shelves while investigating whether they might have been made in slave-like working conditions.