Too little, way too late 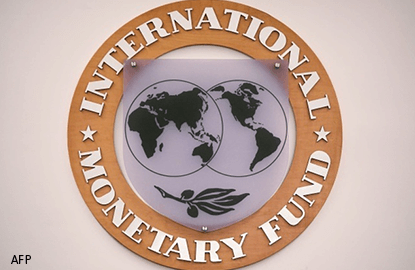 WITH the US Congress passing the 2016 appropriations bill last Friday, a major reform of the International Monetary Fund (IMF) will proceed. But the five-year delay since the changes — meant to give more power to big emerging economies — were proposed makes them less useful in bolstering the IMF’s role as the world’s most important international financial institution.

In a changing world, governance of the lender of last resort needed modernising. Leaders of the Group of 20 agreed in 2010 that individual IMF quotas and voting rights needed to better reflect its members’ standing in the world economy. That meant reducing the role of advanced European countries and Gulf states, and increasing that of emerging nations, particularly China.

The reform required US approval of an amendment to make all of the fund’s executive directors elected (some are currently appointed). The United States wanted to safeguard its standing as the fund’s dominant voice; doubling all quotas would achieve that.

The changes would not cost the US more money; its commitment would remain at about US$170 billion (RM729.3 billion), with the quota increase coming from the extra funds it, like many other countries, provided to the IMF after the global financial crisis of 2008. Congress just needed to approve moving some of that commitment to the quota — a mere technicality.

IMF critics in Congress, however, opposed the fund’s decision to lend to Greece despite grave doubts about its repayment abilities. The IMF had invoked a rule that allowed such lending if a failing country threatened international contagion.

To US conservatives, that was not their problem; US financial institutions had much less exposure to toxic Greek assets than European ones did, and Europe should take care of its own.

Those US objections make little sense now. Greece’s latest bailout has proceeded without IMF participation: The fund still doubts that the country can repay its debt, but Greece no longer poses a systemic risk. The European Union turned out to be rich enough to fund Greece’s €85 billion (RM396.7 billion) rescue package.

Besides, a political deal has been struck: The appropriations bill calls on the US representative to the IMF to use his voting power for the repeal of the “systemic exception”, which allowed IMF participation in Greece’s previous bailout.

So the long-delayed rearrangement — which former IMF managing director Dominique Strauss-Kahn called “the most important reform in the governance of the institution since its creation” — should now go smoothly.

It will be useful to bailout recipients; the doubled quotas will make it easier for the IMF to lend them more, on shorter notice and under more flexible requirements. Yet the changes are probably too little, too late by now.

For one thing, the new distribution of voting shares still does not do justice to China. Though the US, too, has a smaller say than its share of the world economy warrants, the gap between China’s economic might and its IMF influence is bigger.

The power redistribution will, no doubt, please China — an added bonus after the IMF decision to designate the yuan as a reserve currency next year — but it will not deter Beijing from building alternative institutions such as the Asian Infrastructure Investment Bank. China, huge as it is, cannot afford to put all its eggs in the US-dominated basket.

Nor can other big emerging nations, such as India, Russia, Brazil and South Africa. They, with China, have already set up an IMF alternative — the so-called New Development Bank.

It is not going to be particularly important in the coming years, given the economic weakening of Russia and Brazil. Still, the desire for a lending pool independent of the West is not going away.

Europeans, for their part, are also creating their own emergency infrastructure: Advance notice that their role at the IMF would shrink highlighted that their needs in a serious crisis would exceed the fund’s ability to help.

Edwin Truman, a specialist in international financial institutions at the Peterson Institute for International Economics, wrote recently that his glass “was only half full with champagne” at the Congress deal permitting the IMF reform: “The US, the only member that has the votes to block major changes in how the IMF operates, has diminished its ability to influence events. The United States is no longer seen as a reliable negotiating partner on IMF issues.”

That, however, is probably not the issue at this point. The bigger problem is that the emerging world, in effect, wants international financial organisations to provide development financing.

As Carmen Reinhart and Cristoph Trebesch pointed out in a recent paper, “the inherent conflict faced by the IMF is between strengthening its role as an international lender of last resort and the demands of many member countries for serial lending, resulting in repeated programmes and a perpetual state of debt ‘ever-greening’. ” The authors argue that this marks a departure from the fund’s original function as a lender of last resort.

The terms of US consent to the 2010 reform — including a requirement for the US representative to ask permission at home before voting to approve any large-scale programme — appear to signal a US desire to steer the IMF back toward its origins. In line with Reinhart and Trebesch’s recommendations, they would like the IMF to stick to its debt sustainability criteria and only help when there is a crisis that can be resolved by emergency aid.

That makes the IMF less interesting to the emerging nations; and their empowerment by the proposed reforms will not resolve the conflict. — Bloomberg View