THE local bourse started the week strongly, rebounding from last week’s losses. The positive sentiment was aided by regional markets which closed higher overnight. Market breadth was positive with gainers outperforming decliners by 1.7 to 1.

On the local front, the announcement that all petrol subsidies will be removed effective 1 Dec 2014 is positive for the government’s finances, which will be hit by the slide in crude oil prices.

After selling a large portion of my portfolio last Wednesday, I am now 36.2% invested and hold only two stocks, namely Willowglen and Crescendo. Both were up 1.2% and 0.4% respectively, yesterday. 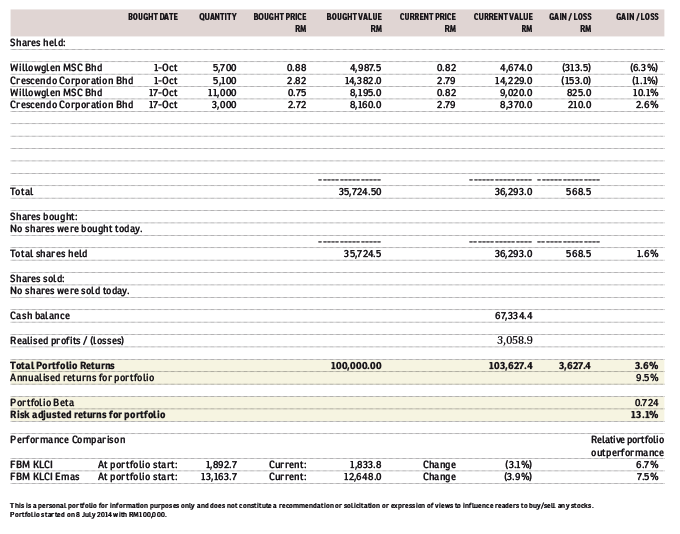