TNG Digital on the road to becoming major e-wallet player 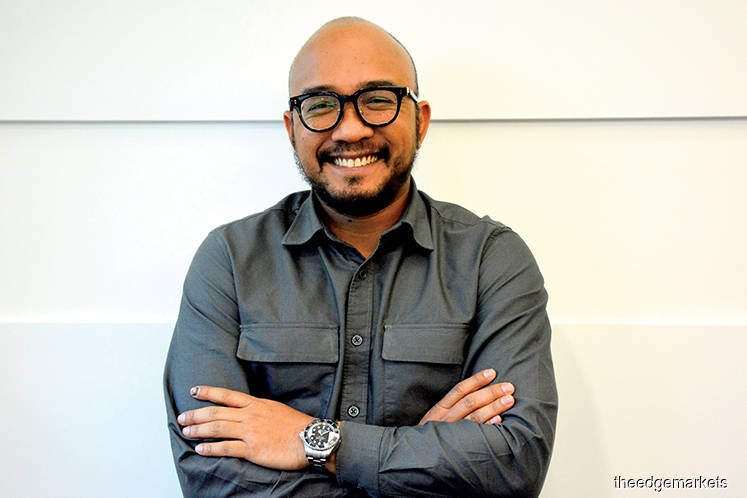 KUALA LUMPUR: While the Touch ’n Go (TNG) eWallet is still in the early stages of development compared to other popular e-wallets such as GrabPay and Boost, its provider TNG Digital Sdn Bhd is all set to becoming a major player in the country.

The company’s advantage is its large pool of TNG card users whom it is seeking to convert into TNG eWallet users, thanks to the integration of the TNG card and its digital payment platform.

Currently, there are more than 25 million active TNG card users and over 10 million unique users.

About half of them comprise TNG card users, said TNG Digital chief executive officer Syahrunizam Samsudin (pic), adding that the company is aiming for a double-digit growth in its eWallet users by 2020.

“I believe the merchant community will continue to grow because it will match the [number of] users we have,” he told The Edge Financial Daily, adding that there are currently no fees for the merchants.

TNG Digital is also banking on the implementation of the radio frequency identification (RFID) for toll collection on highways to capture more e-wallet users.

“We are transitioning them to reimagine the way users will use their TNG cards for toll payments. I hope to convert as many as possible into the e-wallet,” Syahrunizam.

While many are of the view that TNG was somewhat slow in jumping on the e-wallet bandwagon, Syahrunizam thinks otherwise.

“I don’t think we have started late, but we started at a time we should have. As how people have evolved the relationship with the e-hailing company app to a payment app, we would want to evolve our relationship with our customers from the card to the e-wallet,” said Syahrunizam.

He noted that the TNG Digital is hoping to “stitch the function of the TNG card” for transportation and urban mobility usage and combine it with digital payment method using its e-wallet — all to create new possibilities for the future of payments.

Moving forward, Syahrunizam said TNG Digital has several exciting projects in the pipeline, of which the e-financial segment is one of them. He, however, declined to disclose more information at the moment.

“The TNG e-wallet will grow and expand in the future — by giving them (customers) a tailored product based on their expenditure and consumption patterns,” he said.

“TNG’s ultimate game is that we want to move towards a data-driven payment infrastructure that allows people to make the right decisions based on their budget or preferences,” he added.

Same with other e-wallet players as well as players in the industry, Syahrunizam is also very optimistic about the industry’s outlook, saying that on top of having mobile penetration of above 80%, more than four-fifths of payments are still done via cash.

Hence, there are still ample opportunities to convert consumers’ payment method from cash to cashless, he added.

“I know Malaysia may not seem like it’s a big market like other Asean countries, but we have a very diverse market, complicated consumers. So, there’s plenty to do and I hope that we can leverage our brand and capabilities for a long, long time,” he added.

Like other e-wallet players, the TNG eWallet is yet to be profitable.

“But, eventually, as we get more services and products on board, we will have to look into having that business model [which will be profitable],” said Syahrunizam, adding that it will take another three to five years for the eWallet app to turn profitable.

Since there is a need to build that new platform first, Syahrunizam noted that people are underestimating the amount of investment spent on building the infrastructure.

He declined to reveal the total amount TNG Digital has invested on the e-wallet app thus far, saying only that investments put into the app are “huge”.

With everything on our small devices, data leakages are common these days. As a result, security has become the top barrier that is preventing more consumers turning to e-wallets.

Citing a study by Nielsen, Syahrunizam said as many as 38% of Malaysians fear that there might be missing transactions from making digital payments, while over 30% of Malaysians are mindful when using e-wallets because they are afraid that their mobile phones may be stolen to make purchases.

When it comes to breach of data, 39% of Malaysians are worried that their banking details might be leaked to a third-party, he added.

Hence, to ensure that extra comfort for users while using the app, TNG Digital has officially launched its money-back guarantee policy, which enables full refund within five days to customers for any unauthorised transactions.

“This policy is a commitment to future-proofing Malaysia’s e-payment ecosystem and to better serving users by giving them the confidence to fully adopt a digital lifestyle,” said Syahrunizam, adding that this will enable customers to trust the TNG e-wallet and continue to pay confidently.