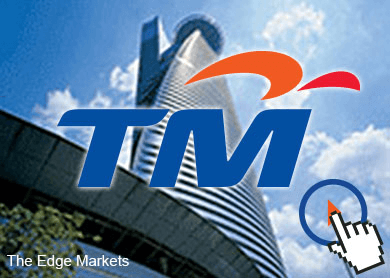 Hence, the government's effort to keep broadband access affordable will not have a "very significant" impact on the company's earnings, Zamzamzairani told reporters after TM's annual general meeting here today.

"When we reduce prices of broadband, people tend to think of the downside of the decision but not the upside.

"Lower prices for basic packages would not compress the company's margins. We still expect our earnings before interest and tax and our revenue to grow between 4% and 4.5% this year in line with our headline KPI," he said.

The first is a RM38/month 1Mbps package with data usage of up to 1GB. The scheme, which will be available from this June 16, is cheaper than the current RM88/month 1Mbps offering.

The second is the UniFi 10Mbps package at RM179/month, which will be available from this July 15.

The new price compares with the existing UniFi 10Mbps package at RM199/month.

The stock had gained 7% this year, versus the KLCI's 4% rise.