Things can’t get any worse for Mikro MSC, says MD 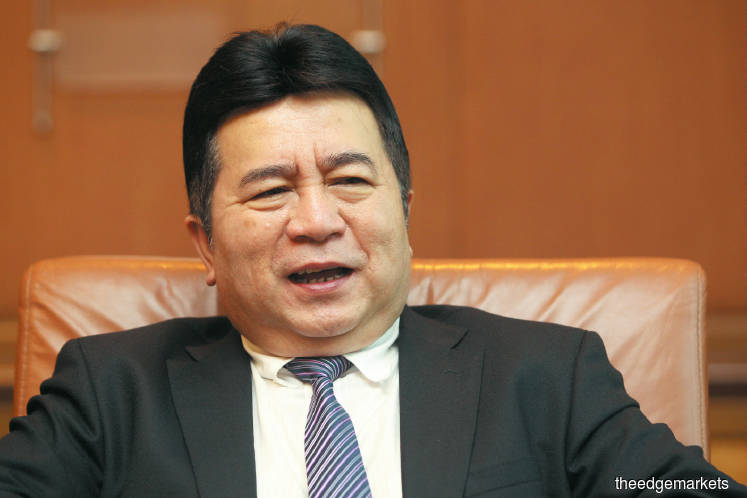 Yim explains that the recovery would not be immediate as demand for Mikro MSC’s products would only come at a later stage of the construction period. The Edge file photo

But the power relay specialist said things “can’t get any worse”, and is hopeful it will be on the path to recovery following the revival of some of the infrastructure projects.

Group managing director (MD) Yim Yuen Wah, however, explained that the recovery would not be immediate as demand for its products would only come at a later stage of the construction period.

Besides the soft market conditions, Yim attributed the group’s weaker performance to the suspension of multibillion-ringgit worth of mega infrastructure projects in a bid to reduce the national debt by the Pakatan Harapan government soon after it assumed power in May 2018.

Going forward, Yim said the group’s recent acquisition of EPE Busway Sdn Bhd and Mittric Systems Sdn Bhd for RM38 million would provide some cushioning effect on its bottom line, as the deal came with a profit guarantee by the vendors.

Aside from the profit guarantee, EPE Busway’s products — high and low voltage busway systems used in electrical power industries — are complementary to Mikro MSC’s product offerings as they are all components within the electricity distribution system.

Hence, Mikro MSC would be able to expand its product offerings to include busways — also referred to as busducts — and immediately gain access to the targeted companies’ distribution channels for busducts, both locally and overseas.

In addition, the acquisition will also enable the group to capture a large share of value in an electricity power distribution project and have a larger customer base and realise cross-selling opportunities.

“Through our marketing team, we can easily increase 50% of their (EPE Busway’s) sales value,” Yim said, adding that Mikro MSC’s research and development team will also enhance the EPE Busway’s products to bring in more value for the company.

EPE Busway has been manufacturing busway systems under the “EPE” brand at its factory in Nilai, Negeri Sembilan. Busway systems are an alternative to conventional cable distribution systems in electrical power distribution.

Busway systems are primarily used in buildings or complexes which require transmission of large currents of electricity such as power plants, oil and gas plants, factories, shopping malls, universities, hotels and high-rise offices as well as residential towers.

EPE Busway’s products are sold in Malaysia through Mittric, the exclusive sales representative of the former’s products in Malaysia. EPE Busway also has sales presence in several overseas markets such as Vietnam and Cambodia.

Mittric customers are mechanical and electrical contractors and project owners involved in the construction of new buildings or complexes in Malaysia.

Yim, the largest shareholder of Mikro MSC, will see his equity interest reduced to 25.03% from 34.22% after the acquisitions, while executive director Fong See Ni’s stake will come down to 5.37% from 7.35%.

Low Khek Heng, a director of EPE Busway and Mittric, will meanwhile emerge as a substantial shareholder of Mikro MSC with an 8.22% stake.

Yim said that after being delayed for one year from its initial commencement date, Mikro MSC is set to start operations of a new factory in Kota Kemuning, Shah Alam by year end.

He said the delay was due to new rules set by the Fire and Rescue Department to obtain the fire certificate.

“We submitted [the application for the certificate] in 2017, but changes came in 2018. So we have to resubmit and wait for approval,” he said.

Mikro MSC has invested RM20 million in the new factory, which will double the capacity of its products to 400,000 units from 200,000 units per annum.

Mikro MSC’s share price settled unchanged at 22.5 sen last Friday, giving the ACE Market-listed group a market capitalisation of RM96.95 million. The stock has been on the downtrend since it reached its peak of 54.1sen on July 6, 2017. Over the past one year, the counter has retreated 21.33%.