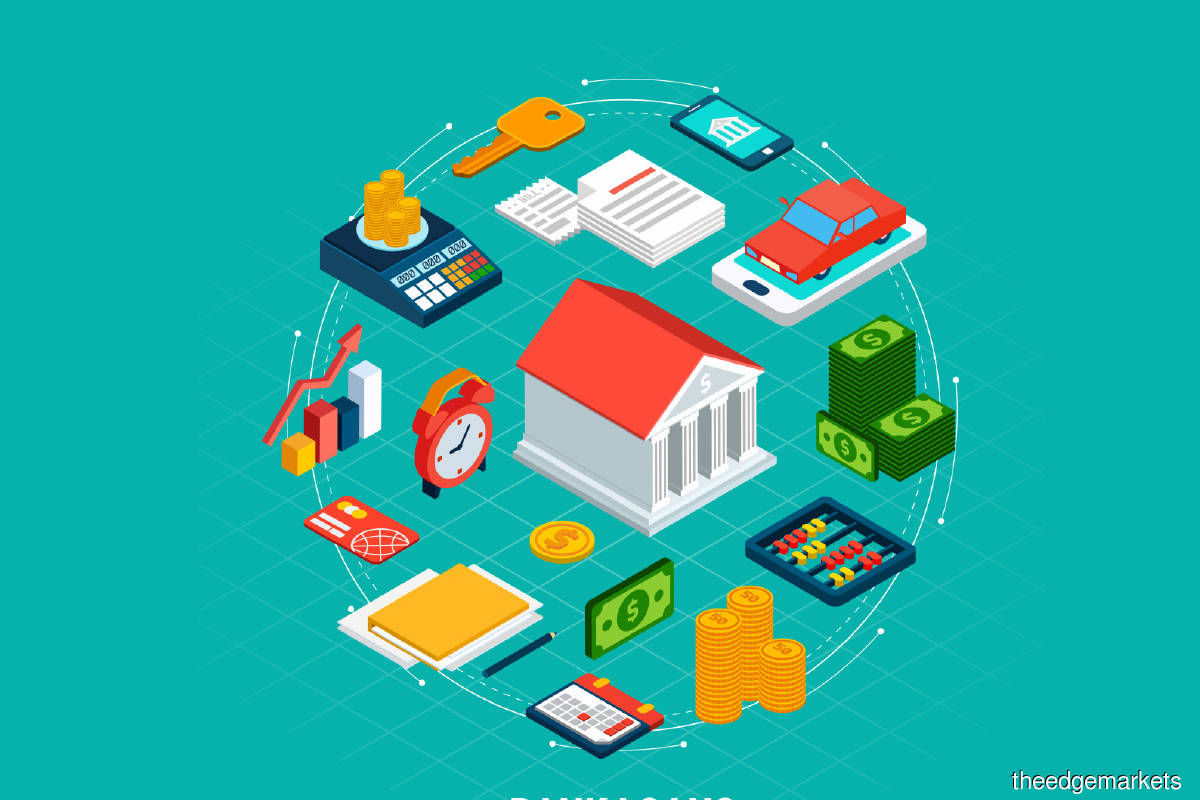 Alternative credit scoring generally refers to the use of non-traditional data to determine an individual’s repayment behaviour, in contrast to the usual method of examining the individual’s borrowing and repayment history.

The service providers create models based on studies that have drawn a correlation between data points with repayment rates. These data points could be from mobile phone usage, psychometric test results, mobile money use and even social media footprints.

This new source of data is used to complement traditional credit scores. Consequently, this helps lenders expand their pool of borrowers to those with insufficient credit history while keeping risks in check.

These unconventional data points have been playing an increasingly prominent role in assessing creditworthiness during the pandemic, according to some of the alternative credit scoring providers.

“A lot of countries have introduced payment moratoriums [for loans], so people stopped making regular payments for long periods of time. The consequence is that the data that is collected from credit bureaus is now useless … You don’t know who is a good or bad customer because high-quality data is not available for maybe six to nine months,” says Peter Barcak, founder and CEO of CredoLab, an alternative credit scoring provider based in Singapore.

The moratorium period might be even longer for some people in Malaysia, adds Haniza Yon, CEO of Global Psytech Sdn Bhd, which offers psychometric tests for credit scoring under GFI Fintech Sdn Bhd.

“Some people [who still can’t find jobs] might get the moratorium extension for another three months. This will present a disruption to conventional credit scoring,” she says.

Psychometric tests are used to measure one’s personality or cognitive abilities. GFI uses this to identify how likely a person is to repay loans. Its clients include peer-to-peer financing platform MicroLeap, which offers financing to micro-entrepreneurs, as well as large corporations.

The company recently signed an agreement with UK-based GBG Group, which sells anti-fraud solutions and identity verification solutions, to distribute its products to financial institutions globally.

“We started to offer our products to banks and digital lenders in 2016. It was an obvious choice back then. In 2019, we realised that there are other players who are trying to solve the same pain points as banks. They face the same problem, which is the lack of predictive data to make better credit decisions. We realised that we could provide the same high-quality services to these players as we did for banks,” says Barcak.

Haniza observes that demand for alternative credit scoring solutions in the region has increased in recent years, driven by the desire of lenders to expand their loan portfolios to thin-file clients who do not have sufficient credit history.

“When I started the business in 2015, I did not see that many players in this area but I see a lot of them now … Lenders want to expand their loan portfolios and governments are encouraging financial institutions to support micro-entrepreneurs,” says Haniza.

“There is no other alternative credit scoring system available in Malaysia that uses psychometric data, so GFI is definitely filling a huge gap … In terms of demand, 36% of Malaysians do not have a recorded credit history, according to World Bank figures from 2017. People in this situation will not qualify for loans from regulated lending institutions,” she says.

“For instance, one of my clients is a third-generation moneylender. He says after interviewing potential customers, he can tell whether the person will repay the loan. He usually uses his gut feeling from his years of experience. But now, we’ve [managed to measure it] in a scientific way and he loves it.”

Going forward, there could be an increasing demand for alternative credit scoring services among e-commerce and online service providers. As these providers become more popular, they are expanding their services to include lending or payment by instalment. The wealth of data that these companies have of its customers or sellers can be used to assess their creditworthiness.

How can smartphones assess creditworthiness?

CredoLab and GFI use very different methods to create credit scorecards for customers. The former uses smartphone metadata to assess creditworthiness of applicants, whereas the latter mainly uses a psychometric test that applicants have to answer to assess their likelihood to repay.

Smartphone metadata refers to information like the number of events added to the calendar, number of new contacts added and types of apps used. It does not include the content of the messages, files or calls.

CredoLab accesses around 50,000 such data points and from there, builds 3.8 million features, which are behavioural characteristics. These are then used to develop a predictive scorecard.

“We don’t collect any personally identifiable information or sensitive data. We are not able to identify who is the owner of the data. We don’t collect phone numbers and we don’t use call data. An example of raw data that we collect could be the number of messages received or number of emails sent in the last seven days,” says Barcak.

All the information is collected with prior consent from the customer, and the results can be available in less than a second. Whenever CredoLab works with a new client, it will have a three-month data collection period, during which it examines data linking individuals’ repayment history with their behavioural characteristics.

According to a case study on CredoLab’s website, it managed to reduce the default rates of a pay day loan provider for underbanked or unbanked customers in Indonesia by 26% with this solution.

“The relevance of alternative data will increase over time and companies like ours will capture that opportunity. The impact we can bring to clients is huge because the lenders can expand their market share and also have risks under control,” says Barcak.

How to predict creditworthiness through personality tests

Haniza became involved in psychometrics and finance in 2015 when she realised that psychometric data was being used as a predictor for creditworthiness in other countries. She has a PhD in measurement and quantitative methods, and worked as a psychometrician in the US for more than 10 years.

She founded Malaysia’s first psychometric lab at MIMOS Bhd in 2009 and started the Malaysian Psychometrics Association in 2011. Haniza developed a model for assessing individual integrity in workplaces and eventually, began extending that research to creditworthiness assessments for businesses.

For six years, she studied the repayment behaviour of banks’ enterprise customers to develop a model that can link the entrepreneurs’ personalities to creditworthiness.

According to Haniza, GFI’s model can now predict with more than 90% accuracy whether a business will default on a loan.

The use of psychometric tests for data scoring is also something that the World Bank has studied. According to its case study on a bank in Peru, psychometric credit scoring appeared to be a viable screening method for loan applicants without credit history. The applicants are more likely to obtain loans but do not have worse repayment behaviour.

While GFI started out by focusing on business financing, it has also expanded to serve retail customers. “We are now at an early stage of partnering with an insurance company to use GFI for fraud detection,” she says.

GFI assesses potential borrowers from three perspectives. The first is compliance, which looks at the individual’s integrity. Secondly, for business loans, it looks at traits like grit and perseverance of the entrepreneur. Thirdly, it looks at an individual’s personality in relation to spending habits, savings and self-discipline. In addition, GFI also tests the individual’s financial literacy.

The test takes less than seven minutes to complete and can be done in front of the loan officer or remotely, in which case a type of facial recognition technology will be used to verify the identity of the applicant. Hundreds of data points will be collected from the assessment.

“We don’t just look at the answers that they give but we also look at the thought process [behind it]. We designed the questions in such a way that it will tell us how [these persons make] their decisions and the way they answer questions. We use machine learning to detect the patterns of answering.

“[Based on the test results] we have identified the behavioural patterns of people who won’t miss any payments and that of those who miss payments for a few months but may get back on the payment schedule after a few months. We provide a very detailed report of each potential borrower, which describes the person’s characteristics.” says Haniza.

For example, the time applicants take to respond to the questions is analysed to determine if he or she had read the questions properly before answering. This reveals certain behavioural characteristics of an individual.

Earlier this year, GFI also started collecting smartphone metadata in collaboration with a telecommunications company. It will collect information such as the type of apps in the phone, and how quickly one responds to messages or missed calls. This project is currently at the research stage.

“Two commercial banks and a P2P lender in Malaysia are already using GFI. We are currently working with another three commercial banks and a retail lender to integrate GFI into their business processes. We plan to keep expanding our customer base and enhance our technology. We are also exploring partnerships to expand to regional markets and beyond,” says Haniza.