Malaysia
World
Corporate
From The Edge 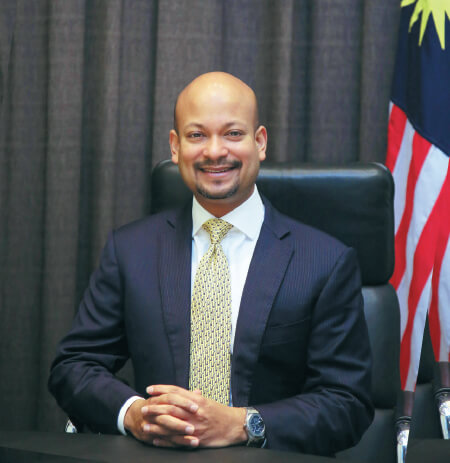 KUALA LUMPUR: Retaliating against allegations of RM27 billion “missing” cash, 1Malaysia Development Bhd (1MDB) yesterday provided a summary and two infographics detailing how its RM42 billion of debt as at end-March 2014 is accounted for, including how RM15.4 billion or over one-third (37%) of the money has been invested in three parties.

Will 1MDB president and group executive director Arul Kanda Kandasamy (pic) be similarly detailed in replying to all these questions?

Does the sudden spate of transparency have anything to do with Bank Negara Malaysia’s statement the same evening that the central bank has commenced a formal enquiry to examine if 1MDB had contravened any of its rules relating to the cross-border movement of funds? 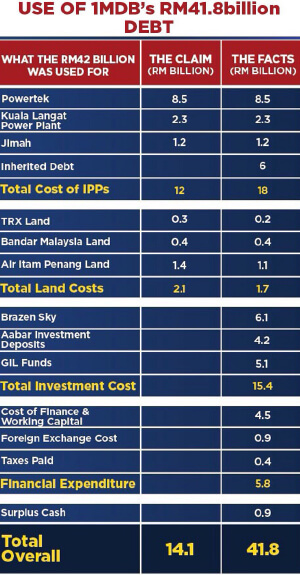 According to 1MDB, some 47.1% or RM19.7 billion of the money it borrowed went to acquiring land and power plants. It was only left with RM900 million cash as at end-March 2014, because some RM15.4 billion had been invested in three parties, namely Brazen Sky (RM6.1 billion), GIL Funds (RM5.1 billion) and Aabar Investments deposits (RM4.2 billion), while the remaining RM5.8 billion largely went to working capital, financing and foreign exchange costs and taxes paid.

Of particular interest is the RM11.2 billion in Brazen Sky and GIL Funds that 1MDB listed under investments, which accounts for nearly 27% of the RM41.8 billion 1MDB borrowed up until end-March 2014.

Is the RM11.2 billion in Brazen Sky and GIL Funds in the form of cash, units or widgets?

If the RM11.2 billion is cash, where is the money?

Which bank and which country is the money parked in and why?

Is the money in Malaysia? And if it’s not, why?

This is important because it was only recently known that the US$1.103 billion (RM4.059 billion) 1MDB redeemed from Brazen Sky’s fund in Cayman Islands is not “kept in US dollars”, but as “units” in BSI Bank Ltd in Singapore. It did not help that the revelation only came after news got out that some jittery bondholders of a US$975 million loan Deutsche Bank Singapore arranged for 1MDB had asked for their money back earlier than end-August this year, because they doubt the value of the Brazen Sky “units” used as collateral for the bond.

Equally interesting is the RM4.2 billion that 1MDB listed as Aabar Investment deposits alongside its investments in Brazen Sky and GIL Funds. We know that RM4.25 billion of 1MDB’s money has been kept by Aabar’s parent International Petroleum Investment Company (IPIC) since 2013 as security deposit for agreeing to guarantee some US$3.5 billion in loans. This refundable deposit was also linked to the options 1MDB granted to bolster the listing of its energy assets. These options have since been terminated.

Will 1MDB be able to get at least RM4.25 billion cash from Aabar Investments if it is to recall the money now?

Given that two months have passed since the financial year ended March  2015 (FY15), will the company provide its latest cash, assets and debt position? The US$975 million Deutsche Bank loan originally due end-August this year, for instance, was borrowed by 1MDB after FY14.

A detailed and transparent answer to these questions would help win back some public confidence in 1MDB, whose opaque dealings and sizeable debt have fanned growing public mistrust of government-linked institutions. Conversely, not answering these questions would mean 1MDB continues to be selective in answering only what it wants, but not what the public wants to know.