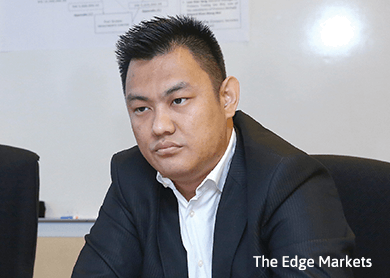 In a filing with Bursa Malaysia, Asdion said Por Yee made the disposal of the 24.82 million shares in the company in an off-market transaction on Feb 25, but did not disclose the transacted price.

Last Friday, citing Bloomberg data, The Edge Financial Daily reported that Asdion saw the same number of shares traded off market at 27 sen, a sharp discount of 38.64% over the then closing price of 44 sen.

In a separate filing today, Ire-Tex disclosed that Por Chen has emerged as a substantial shareholder through an off-market acquisition of 30.6 million shares, equivalent to a 22.96% stake, in the corrugated packaging services provider on Feb 24 as well.

Yesterday, Ire-Tax also informed the exchange that Por Yee has ceased to be a substantial shareholder due to an off-market disposal of 30.6 million shares.

According to Ire-Tex's 2014 annual report, Por Yee owned 32.52 million shares or a 24.67% stake, making him as the single largest shareholder.

Ire-Tex shares were untraded today. Based on its previous closing price of 24 sen, the company has a market capitalisation of RM31.98 million.

Por Yee, 40, was formerly the non-executive director of construction and property group Protasco Bhd. On Jan 16, he claimed trial at the Ampang Sessions Court to two charges of cheating and perjury involving RM68 million.