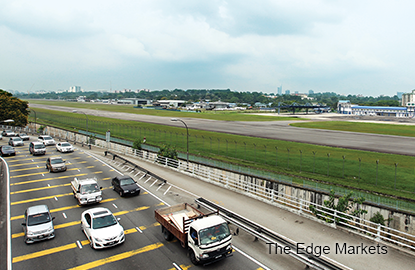 1MALAYSIA Development Bhd (1MDB) could tender equity in the Bandar Malaysia land in a move to pare down its debts while extracting maximum value from its assets.

With the intense lobbying underway from international parties interested to participate in the RM40 billion Kuala Lumpur-Singapore high speed rail (HSR) project, competing bids for a stake in Bandar Malaysia could value the entire 495-acre piece of land in Sungai Besi at around RM12.9 billion, or about RM600 psf.

The proceeds would be used to settle some of 1MDB’s debts, estimated to amount to RM49 billion.

According to sources with knowledge of the matter, several other proposals have also been put forward to the Cabinet to monetise the Bandar Malaysia land as part of the broader 1MDB restructuring plan. Other suggestions include an outright sale as well as the assumption of the land by the Ministry of Finance (MoF). 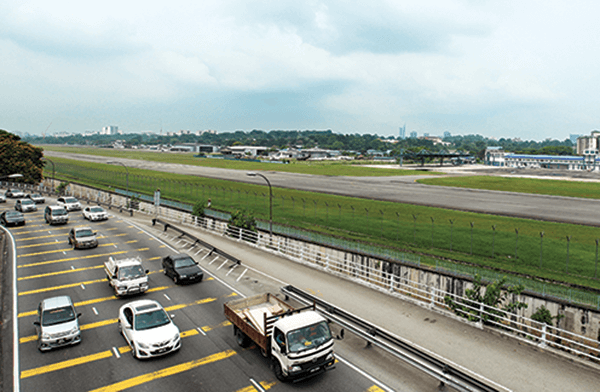 The proposed tender would see local and foreign investors invited to participate in a competitive tender for equity in the holding company — called Bandar Malaysia Sdn Bhd — for the land. This would be in line with the MoF’s plans to establish the Bandar Malaysia and Tun Razak Exchange (TRX) properties as standalone companies controlled by MoF.

“MoF would still retain some equity in the projects, perhaps 30% to 40%. The new investors would be buying into a company with huge development potential. This way, the MoF can benefit along with the investors, instead of an outright sale of the land,” explains the source.

One problem with an outright sale is that 1MDB might not be able to get the best value for the land -- the debt-laden group is currently in desperate need of cash to meet its debt obligations and potential suitors for the land have been using this as leverage against 1MDB.

This is because the potential pool of buyers is smaller than it should be. After all, it has proven challenging to sell the land to local government-linked companies, as was the case with Tabung Haji when it bought a 0.6ha parcel in TRX from 1MDB for RM188.5 million.

Whether or not the deal had commercial merits, Tabung Haji is now looking to dispose of the land, slated for residential development, as soon as possible in the wake of political backlash.

The pilgrimage fund also had to abort plans to acquire Signature Tower in TRX for RM578 million; Indonesia’s Mulia Group finally acquired it for RM665 million.

Alternatively, MoF could take over the land in exchange for settling or assuming the debts. However, this is likely to be deemed as a bailout. In the current political climate, having the government buy back the land that was given to 1MDB cheap in the first place might not go down well with the Malaysian public.

A tender would ensure that 1MDB gets the best price for the assets while allowing more players to compete for the land, including GLC’s.

Potential bidders for the HSR project — the Japanese, Chinese and South Koreans in particular — may well be interested to take a strategic stake in the land to improve their odds for winning the rail project. Given the size of the equity up for grabs, there is more likely that bidders will form consortiums to acquire the stake.

This will open up an opportunity for foreign investors to team up with local funds and companies to buy a stake in Bandar Malaysia. For example, Japan’s Sumitomo, which has partnered MMC Corp Bhd to undertake the HSR project.

Notably, no matter which route the MoF takes to monetise Bandar Malaysia, these risks will apply. Any potential buyer will need to have a strong balance sheet to stomach the holding cost of the land while taking a long-term view on the investment.

As for 1MDB, even if it gets the highest possible returns from selling the land, the gains will simply go to repaying its debts.