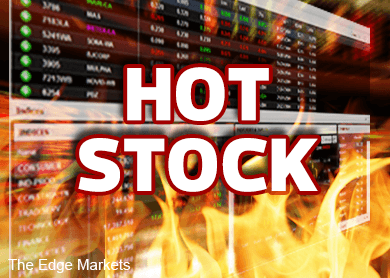 KUALA LUMPUR (Apr 29): Tecnic Group Bhd shares declined as much as 9.7% this morning after being queried by Bursa Malaysia yesterday on the sharp increase in the price of its shares.

Yesterday, Tecnic (fundamental: 2.8; valuation: 3) said it was not aware of any previously undisclosed corporate development, rumours or possible explanations which would account for the unusual market activity.

Tecnic's share price has been climbing rapidly in the last week, ahead of its distribution-in-specie of SKP Resources Bhd (SKP Resources) shares, following the special dividend ex-date last Thursday on April 23, 2015.

In fact, the company’s share price reached the upper limit threshold last Thursday and Friday, which prompted a momentary freeze of its shares trading price.

The company had earlier announced a corporate exercise which involved the distribution of 172.09 million SKP Resources (fundamental: 2.1; valuation: 1.1) shares held by Tecnic to Tecnic shareholders, on the basis of 4.26 SKP Resources shares for every one Tecnic share held.

It is also distributing RM94.93 million in cash proceeds and a RM11.7 million repayment received from the takeover by SKP Resources to shareholders, on the basis of RM2.64 for every one Tecnic share held.