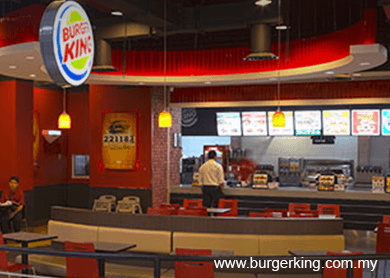 KUALA LUMPUR (May 29): Cosmo Restaurants Sdn Bhd, the franchise holder of Burger King in Malaysia, has clarified that a summons issued by the Domestic Trade, Cooperatives and Consumerism Ministry (KPDNKK) to one of its franchisees was solely due to a technical error on its part.

A statement from Cosmo Restaurants today said the issue stemmed from its failure to submit the necessary requested information and documents related to menu pricing and sales and purchase records at the franchised outlet to KPDNKK within the required three-day period as stipulated in the notice issued by the ministry under the Price Control and Anti-Profiteering Act 2011.

"All the necessary documents have already been submitted to KPDNKK and Cosmo Restaurants have fully co-operated in providing all the necessary information requested by the ministry.

"However, Cosmo Restaurant Sdn Bhd recognises the importance of timely co-operation with the ministry during this period of GST implementation and as such has consented to pay a penalty of RM40,000 to fully resolve the matter," the statement said.

It was reported yesterday that a Burger King franchise restaurant was fined RM40,000 by the Sessions Court in Kuala Lumpur for failure to produce information on the increased price of goods sold at its premises.

Judge Zulqarnain Hassan passed the sentence after the finance manager who represented the company pleaded guilty to the charge of failure to produce the information on the increased price of products as stated in the notice issued by the Domestic Trade, Cooperatives and Consumerism Ministry (KPDNKK) within three days after the issuance of the notice on April 6.

"As the case is related to the goods and services tax (GST) which involves the interests of the public, the court hereby decided to pass a sentence that can serve as a reminder to other traders to adhere to the KPDNKK's notice," the judge had said before passing the sentence. – The Malaysian Insider