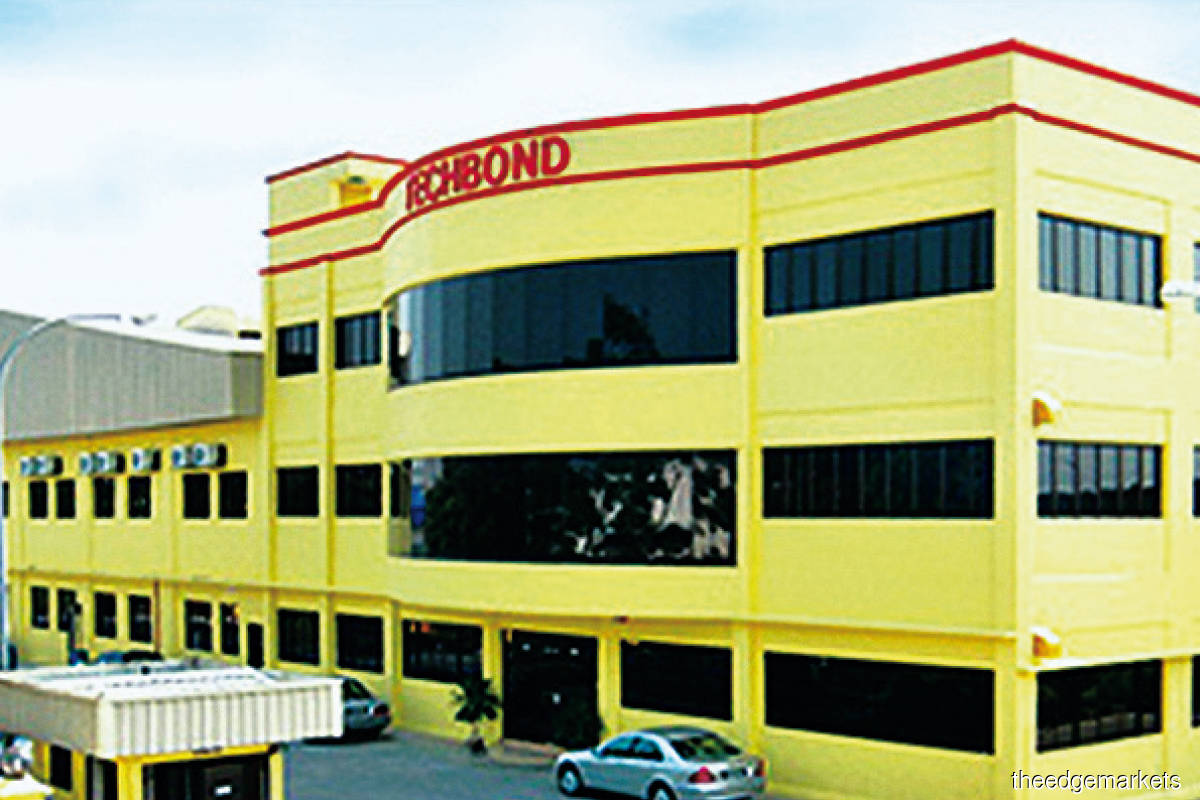 Techbond has an in-house R&D centre at its head office in Shah Alam, Selangor. (Photo by Techbond)

Deputy managing director Lee Seh Meng says if successful, the revenue generated from the palm oil-based adhesives could be bigger than the group’s existing turnover.

“The market potential is huge. Based on our estimates, a major customer would probably need to consume about 60 to 100 tonnes of palm oil-based end formulae adhesives, which are equivalent to about three to five containers every day. That’s 21.6 million kg per customer per year. The volume would be massive,” he tells The Edge in an interview. Techbond had in February signed a collaboration agreement with the Malaysian Palm Oil Board (MPOB) to utilise the latter’s technical expertise, know-how and technology to produce polyols from palm oil covered under MPOB’s existing patent applications. Both parties have agreed to develop a formulation that would become their joint intellectual property (IP).

According to Lee, the project comprises two phases, namely the workable formulation stage and the commercialisation stage.

MPOB will own 70% of all IP rights, including future patents, arising from the project, while Techbond will own the remaining 30%. However, MPOB will not have a proprietary right to the end product.

“This project enables us to widen our product range by using locally sourced and sustainable raw materials in palm oil. The end product will be targeted at non-toxic industrial adhesives with little to no formaldehyde emission levels based on our preliminary in-house testing,” he says.

Techbond has an in-house R&D centre at its head office in Shah Alam, Selangor. About 20% of its work force in Malaysia is in the R&D department to develop new formulations and expand its product range.

“We believe the end product will allow us to offer new industrial adhesives that are environmentally friendly and serve higher-end client markets, thus enhancing our market presence,” says Lee, who is the son of Techbond managing director Lee Seng Thye and executive director Tan Siew Geak.

The 31-year-old was appointed as alternate director to his father in April last year, before he was redesignated as deputy managing director in December. Seng Thye is Techbond’s largest shareholder with about 73% equity interest via his personal investment vehicle, Sonicbond Sdn Bhd.

Lee recalls that Techbond had thought of exploring the possibility of converting palm oil into adhesives since 2018. “In the glue industry, a lot of chemicals are made from oil-related raw materials. So, we thought, why don’t we try to help the country’s palm oil industry? That’s why we went to talk to MPOB and, subsequently, we tested a few formulations and did some internal R&D works before we signed the collaboration agreement in February,” he says.

After receiving the first polyol formulation from MPOB in February, Techbond has been using local palm oil and derivatives to conduct laboratory testing to ensure the usability of the workable formulation as a component for adhesives application.

“We have already started testing this new formulation on some of our end products. But there is still a lot more tests that need to be done by us, our direct customers as well as the end users,” he explains.

Lee notes that Techbond is now using palm oil-based adhesives to make chairs, which it sends to the Forest Research Institute Malaysia and its end customers for end-application testing. Currently, the plywood and medium-density fibreboard (MDF) industries mainly use urea formaldehyde-based adhesives.

“When you open up your old kitchen cabinet, you will probably smell a heavy odour: this is formaldehyde. The adhesives in your furniture can continue to release formaldehyde for years. However, too much formaldehyde in the house is very harmful to our health,” Lee warns.

As such, the future direction for Techbond is to reduce formaldehyde emission to zero, which can be done using non-toxic, palm oil-based industrial-grade adhesives.

“It will be a new business segment for us; it’s a virgin market to us. Once we have successfully developed the new adhesives, we will be serving mainly the plywood, MDF, particleboard, chipboard and panel-related industries. We have signed a few non-disclosure agreements with our customers and suppliers. The whole supply chain is ready,” Lee says.

At the moment, he notes, not many players have explored making adhesives using palm oil and, hence, Techbond will have the first-mover advantage. “And being a Malaysian company, our advantage is obvious — we can source palm oil easily.”

“Now, with palm oil-based adhesives, we are going to have the best of both worlds — little to no toxic [formaldehyde emission], sustainable and very practical, but not too expensive,” he says.

Despite the huge market potential, Lee concedes that the future profitability of this new business segment will be determined by how fast Techbond’s direct customers can convince their customers to convert to palm oil-based adhesives.

“Today, a lot of furniture companies are going towards the ‘green direction’. If you look at countries such as Japan and China and furniture designers like Ikea, they are looking into commercially viable, zero formaldehyde-based adhesives, which are too costly at the moment,” he says.

At this juncture, he adds, it is still early to estimate when Techbond can start producing palm oil-based adhesives. But it should have a clearer timeframe by the end of this year.

“We probably need one year to construct a new factory to produce palm oil-based adhesives. I believe that we are helping the country’s palm oil industry. Hopefully, we can get some tax incentives and support from the government,” he says.

In FY2020, 77.7% of Techbond’s sales were derived from overseas markets, while the remaining 22.3% came from Malaysia. About 53% of the group’s revenue comes from Vietnam, in which it has a direct presence, followed by other foreign markets such as Indonesia, China, Hong Kong, Singapore, Thailand, Cambodia, Laos, Brunei, the United Arab Emirates, Sri Lanka and Myanmar.

Techbond’s shares have risen 46% year to date to close at RM1.32 last Thursday, giving the company a market capitalisation of RM306.89 million. The stock is currently trading at a trailing 12-month price-earnings ratio of 28 times, and a price-to-book value ratio of 2.2 times.