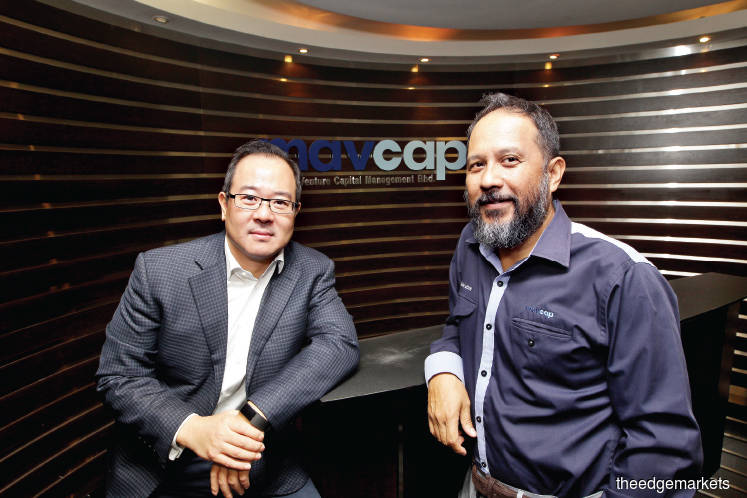 IF there was one word that summarises the Malaysian venture capital (VC) scene,  it might be “Grab”.

Asean’s answer to Uber may have been born and bred in Malaysia. But when it comes to funding, the company is registered in Singapore where it raised a whopping US$2.5 billion in its latest round of funding.

While this places Malaysia in third place behind Indonesia and Singapore, the difference is vast. Indonesia snagged a 10.6% share with US$1.1 billion raised. Singapore was the unrivalled champion with US$8.46 billion raised in the same period.

On paper at least, Malaysia appears to have fallen far behind, but this status quo does not need to remain.

“There is a saying, don’t do what a VC says, do as he does. And I have moved my family to KL for a reason,” Thomas Tsao tells The Edge.

The American-born Tsao is the founding partner of a China-based VC fund, Gobi Partners, which is worth an estimated US$1 billion.

In Malaysia, Gobi has partnered with Malaysian Venture Capital Management Bhd (MavCap). The two recently launched the Meranti Asean Growth Fund with a target size of US$200 million. Though the fund has a regional focus, it is a welcome catalyst for the local VC scene.

“I think Malaysia has all the conditions to rival Singapore for VC investment. If you look at Singapore, many of the companies getting investments are started by Malaysians. You definitely have the talent,” he says.

Grab is a key example of this, but Tsao points out that there have been other Malaysian success stories like Jobstreet.com and iflix.

“Malaysia is a good test market. You have over 30 million people here. In contrast, Singapore is small. This gives start-ups better opportunities to grow. Sure, Indonesia may be bigger but it is also much more difficult to navigate in terms of  market conditions as well as legal framework,” explains Tsao.

Geographically, Malaysia is also strategically located in the centre of Asean — a region with one of the fastest growing populations, which is a key selling point for investors.

He argues that the less-rigid environment allows for more innovation. On top of that, he commends Malaysia’s multiculturalism — a key strength when attempting to expand across borders in the region.

On top of that, he believes Malaysia’s biggest advantage will be its relatively friendly relationship with China compared with Singapore, which was noticeably absent from the mainland’s Belt and Road forum earlier this year.

“The fact that Alibaba [Group Holding Ltd] is willing to come to Malaysia to help set up the Digital Free Trade Zone (DFTZ) is a great signal of the potential in Malaysia,” he adds.

Some, however, are concerned that the shadow cast by Alibaba could stifle home-grown start-ups. The group’s acquisition of Lazada Group SA and the subsequent commitment to pump in an additional US$1 billion into the company has effectively slammed the brakes on new online marketplaces.

How could any new start-up compete with such capital?

While Tsao concedes that marketplaces have become untenable investments, he points out that there are still opportunities in “plugging the gaps in user experience or in the value chain”.

He points to Amazon.com Inc’s pending acquisition of Whole Foods Market Inc for US$13.7 billion as a prime example. In most cases, it simply makes more sense for a large company to acquire rather than reinvent the wheel in-house.

In turn, this creates an important avenue for the VCs to exit, closing the loop in the lifecycle of a VC investment.

“IPOs are only one way to exit a company and make money, and only a small percentage of VCs take this route. Most [of them] exit via trade sales to investors like Apple and Google,” says Tsao.

With its deep pockets, Alibaba could be a massive acquirer of late-stage and proven ventures.

In fact, Tsao argues that exit opportunities could abound with the impending east-meets-west clash of the titans.

“Amazon has already begun to move into the region. Alibaba has Lazada and recently acquired Tokopedia (in Indonesia). When these giants compete, they will compete for start-ups as well. And that is good for us (VC funds),” adds Tsao.

In fact, it has been large foreign corporates that have been the most active in acquiring Malaysian start-ups. In turn, there appears to be a lack of investment by Malaysian corporates, laments MavCap CEO Jamaludin Bujang.

He says interest from Malaysian corporates is the key to making the VC scene more vibrant. In fact, he argues that corporate investment has more potential than interest from large institutional investors like Khazanah Nasional Bhd, Kumpulan Wang Persaraaan (Diperbadankan) and the Employees Provident Fund.

“We have teamed up with Axiata [Group Bhd], but for the most part we don’t see corporates actively investing,” says Jamaludin.

MavCap is a limited partner in the Axiata Digital Innovation Fund.

Once upon a time, investors would look to Silicon Valley and attempt to replicate successful ideas in China. This was dubbed the C2C model — copy to China, says Tsao.

But today, that trend has reversed. China has become a dynamic testing ground for new ideas and investors are now looking at the mainland for Chinese innovations to export.

“China came up with the concept of dockless bicycle sharing, and now, that idea has been taken over to the US,” adds Tsao.

He points out that Gobi cut its teeth in China’s VC market and gained invaluable experience that can be put to use in Malaysia.

“When we first encountered Carsome, we went straight to them and became an investor. Why? Because of what we saw in China,” says Tsao.

Based on his experience, he says using the consumer to consumer (C2C) model of online classifieds to sell cars was simply not viable.

The entire online car-listing business in China may have started off in C2C classifieds and attracted lots of investment, but it simply does not work, he notes.

“Do you know what works? Going C2B, customer to dealer. And that is what Carsome is doing. That is where the real value is ... because dealers have massive needs,” Tsao adds.

As mentioned, Tsao and Jamaludin are avoiding certain verticals like online marketplaces, which they feel have become too saturated.

Instead, they are keenly eyeing fintech, in particular, in the banking and government services sectors.

“We have seen tech disrupting the least regulated sectors already. But as we get closer to the core, where sectors are tightly regulated, disruption slows down,” says Jamaludin.

But therein lies the most value.

“We have seen it in newspapers. Newspapers were sort of conglomerates in the past, aggregating various contents, classifieds, news, advertisements, comics. But today, that has been broken apart. Start-ups have targeted each area, and one by one, they have unbundled the products,” he explains.

The same thing will happen to banks.

“Imagine, you have hundreds of start-ups attacking each one of a bank’s services, looking for ways to do it better and cheaper,” says Tsao.

As it stands, Gobi and MavCap have invested in fintech companies that do remittances.

“I only hope that the government encourages more competition. It can award concessions, but the concessions have to be shorter to ensure that start-ups can compete to provide a service better and cheaper,” he says.

One recent example of government services being taken over by a tech company is the five-year concession the government awarded to My E.G. Services Bhd for the online renewal of foreign workers permits that was valued at RM553 million.

Looking ahead, there is one area of opportunity that is unique to Malaysia, says Tsao - TaqwaTech.

“Taqwa means faith. In this case, the Muslim faith. We see huge potential in tech that caters to muslims. For example, look at Tripfez - a website that rates how friendly hotels are for Muslims,” explains Tsao.

This ranges from the inclusion of the Quran and prayer mats in rooms, to the hotel conciege’s familiarity with halal eateries in the area.

With the largest Muslim population in the world at our doorstep, Tsao hopes Malaysia will be a hotspot for start-ups in TaqwaTech.