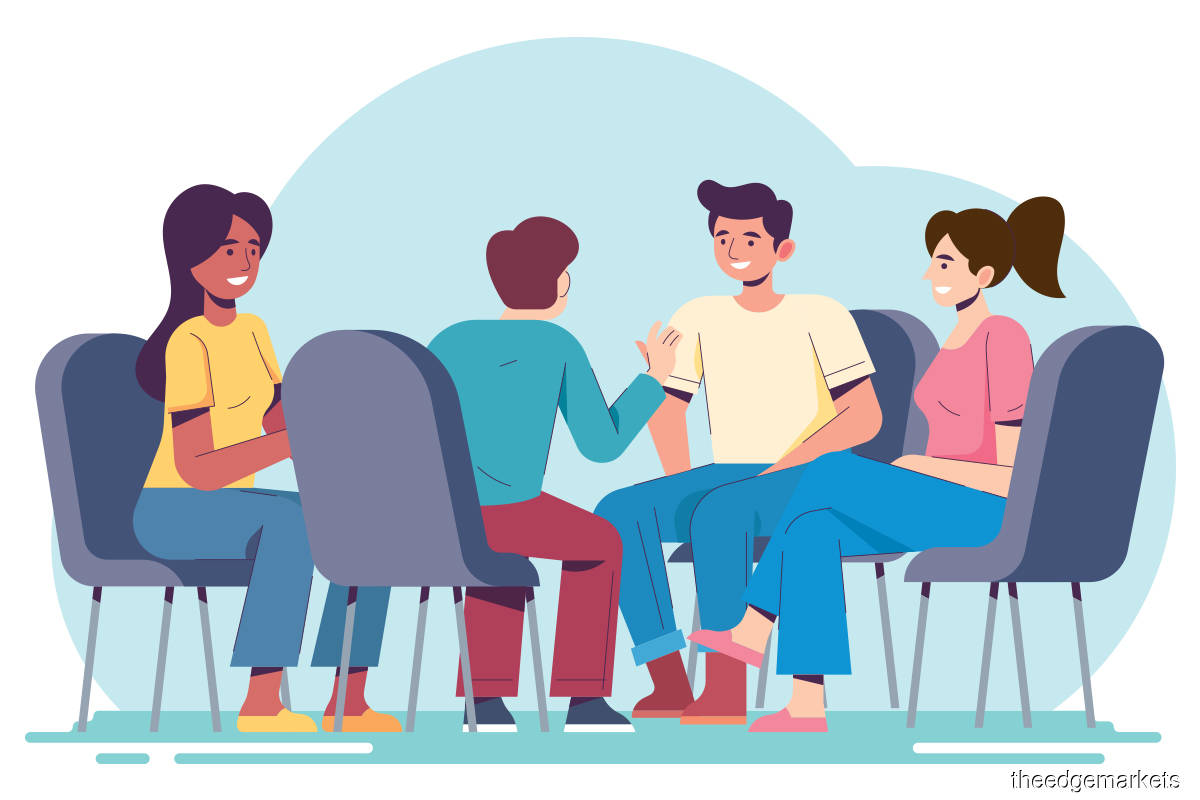 There are all kinds of dating apps out there. Want one where women have to message first? Try Bumble. Don’t want too many matches in a day? Use Coffee Meets Bagel. Prefer to be matched based on personality tests? Consider MatchMde.

But relationships are complex and people are finicky. You will probably find something in every dating platform that does not meet your expectations. In this column, several Digital Edge writers imagine the kind of online dating app they would like to see. Be warned, some of these ideas are rather wacky and impractical — or are they? In a relationship, communication and conversations are really important to me. It would be interesting to have a dating app that only displays the user’s basic information and their answers to interesting question prompts, like “what do you fear the most in life” or “describe a moment when you felt happiest”.

After two users are matched, they are given more question prompts to answer as they chat. These could be more personal questions, like “What do you do when you’re sad?” An artificial intelligence (AI) assistant will monitor how the users answer the questions (Is it plagiarised? Are they quick to respond? Does this answer reveal that the user is a deep thinker? Has a sense of humour?) and provide a brief report about the user’s characteristics to their match.

After two question prompts, the users can either choose or reject each other. If it is the former, they will get to see photos of each other and continue chatting. — Tan Zhai Yun It is intimidating to go on a date with a stranger you met online, right? What if there were an app like the event website Meetup but only for singles? For instance, they can sign up to join a hike or learn swing dancing. Each event has limited spots for people with different dating preferences to participate.

Join the event, chat with whoever you want. If there is a spark, go for it. We will use the latest electronic know-your-customer technology to screen participants beforehand. Tinder used to have this function under Tinder Social, but it was discontinued in 2017. — Tan Zhai Yun Instead of picking a match based on my personality, I am curious to see how accurate the matches would be if it was decided based on the books we read. For example, I’m a Harry Potter fan and I imagine it would be absolutely delightful to be with someone who has an interest in the wizarding world too. I can just imagine the late-night conversations and arguments over the Harry Potter canon — sort of like how the characters of The Big Bang Theory discuss superheroes. But I’m not just defined by Harry Potter. My go-to genre is drama and romance, as well as the occasional work of non-fiction.

I believe that finding a match based on literary interest will at least guarantee that the person I am paired with has the intellect to carry on a conversation. His looks? Well, that can be considered later on. — Vanessa Gomes I need a man who can handle himself under pressure. What better way to do that than in an escape room! Imagine a couple’s escape room arena. Two people are paired up based on their interests and on the kind of escape room scenario they pick out.

They will be put on the opposite sides of the room and tasked to get to the middle, where they will meet for the first time (what a meet-cute!). The pair will then need to work together to solve puzzles and clues in order to escape the final door. Not only will this test each person’s endurance under pressure and immense stress, but also his or her intellect. Compatibility is in the details. What better way to learn about each other? — Vanessa Gomes Sharing a Spotify playlist is what people do after getting into a relationship. Similarly, stalking a person’s Netflix watch list unlocks insights into their personality. I’m not saying that people who watch documentaries are more intelligent than people who replay chick flicks from the noughties (that’s me), but you can find out someone’s interests through this exercise. For example, my boyfriend is a car enthusiast, so his watch list is full of movies such as Ford v Ferrari and James Bond films for the Aston Martins.

On this app, I would be able to browse the films that he watched under his profile before proceeding to chat with him. Just a view of his top five or 10 movies should be enough for me to roughly understand his interests and whether they align with mine.

If such a feature were to exist, at least I would know when to swipe left when his watch list is too creepy even if he is a cutie. — Maleen Balqish Salleh In a future scenario where people only interact virtually through the metaverse, it would be helpful to see if I have any mutual friends with every person that pops up as a potential match. This may be an unpopular opinion, but I feel safer when I’m dating someone who has a connection with people in my circle. Firstly, you can verify that this person is not crazy (or downright mad) depending on which person they are friends with, and you get the benefit of doing a quick background check by making your friends his “unofficial referral”.

PS: If he has great connections on LinkedIn, he has big ambitions, girl. — Maleen Balqish Salleh Animal Crossing is a very popular game among teenagers and adults. What if this game were integrated with a dating app? People tend to form first impressions of each other based on their photos on a dating app, but on this platform, your profile photo would be your Animal Crossing character, which has its unique characteristics. For instance, a porcupine character shows that you may look cold on the outside and are difficult to approach, but you have a warm heart.

You will cultivate your character in the game and swipe on the profiles of other players. You can tap on their profiles to see what characteristics their animal character has. If you are interested, you can swipe right. If not, swipe left.

The upbringing of the animal characters comes into play as well. For instance, the difference in personality can be observed by the place the animal stays in. User A might have a dog character and choose to live in a camping ground; User B could have the same character but lives in a suburban bungalow. That, in itself, should tell you how these people differ. — Yap Hui Ern I think the type of songs that a partner prefers is important. Many people around me find rock music stressful, so they might not like a partner who likes that genre. But some people (like me) would find it interesting.

A dating app that displays a playlist of songs users like would be interesting. It could even allow users to play a snippet of the songs. This is definitely a good feature for those looking for partners with similar tastes (or not). — Yap Hui Ern