Tech: Behind the implosion of Ant Group’s mega IPO 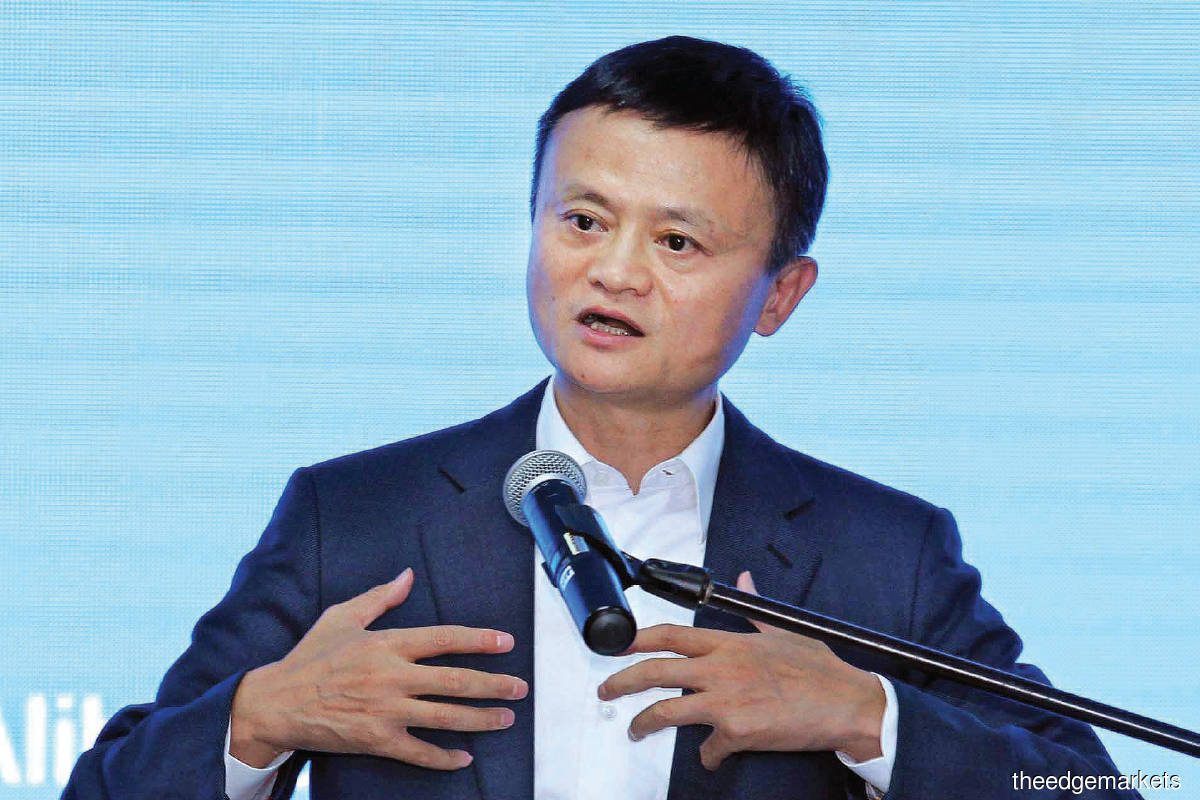 IT was supposed to have been the biggest-ever initial public offering in history. The listing of Ant Group — the payments affiliate of Chinese e-commerce giant Alibaba Group Holding Ltd — soaked up more than US$3 trillion (RM12.46 trillion), with its Shanghai retail offering a whopping 870 times oversubscribed and the Hong Kong portion 389 times oversubscribed.

Ant was set to raise US$34.4 billion in the IPO, at a valuation of US$313 billion. But just 36 hours before the ceremonial gong at the Hong Kong Stock Exchange was set to be banged for what would have been a record-setting listing, Beijing abruptly pulled the rug from underneath it.

The suspension of the mega listing came just 10 days after Jack Ma gave a bluntly worded speech at the Bund Summit in Shanghai, lashing out at old-fashioned financial regulations that he claimed hampered financial innovation. Alibaba’s founder noted that the Basel Accords — a set of internationally agreed banking supervision regulations — were a “club for the elderly” that should not apply to China’s banks or its financial technology (fintech) players because the country does not have a mature financial ecosystem yet.

Self-effacing Ma, who has called himself an “amateur” in finance, argued that China’s financial sector was overly regulated and needed more breathing room. The tech entrepreneur and China’s richest man told the gathering that the world’s second largest nation had “inertia” in its thinking.

“Innovators must make mistakes,” said Ma. There are just too many “documents” that regulate what people can and cannot do in China with their money. “We cannot use the method for managing a railway station to manage an airport. We cannot regulate the future with yesterday’s methods,” he declared.

The audience included the country’s top financial regulators such as Wang Qishan, former security tsar and President Xi Jinping’s right-hand man; Yi Gang, governor of the People’s Bank of China (PBoC); and Zou Jiayi, vice-finance minister. Indeed, Ma’s speech followed one by Wang, who warned that there should be a balance between financial innovation and regulation. “Safety is always a top priority for financial regulation,” President Xi’s close confidant intoned.

Days later, Ma and Ant Group’s top executives were summoned by regulators, including the central bank and China Banking and Insurance Regulatory Commission (CBIRC), for a joint supervisory interview in Beijing, where they were rebuked for Ma’s scathing remarks about the financial system and regulations. The next day, with the clock ticking away at Ant’s mega listing, the Shanghai and Hong Kong exchanges pulled the plug on the IPO, saying that the listing was being suspended because “Ant may not be able to meet listing qualifications due to significant regulatory changes in the country’s fintech industry”.

The reaction from the markets was swift. Shares of dual Hong Kong- and US-listed Alibaba, which owns a 33% stake in Ant, at one point plummeted by as much as 9.7% in New York to US$280.78 before stabilising at 8% below the previous day’s close. Newly listed Lufax, an online financial services platform and an affiliate of Ping An Insurance, plunged 13% or below its IPO price just four days earlier.

What’s behind Beijing’s change of heart on Ant? Why were China’s regulators punishing a “national champion” that was about to do a world-beating IPO? In many ways, the writing had been on the wall for months. In July, China’s central bank asked the country’s antitrust agency to launch an investigation into Ant’s Alipay payment platform, as well as rival Tencent Holdings Ltd’s WeChat payment platform. In the weeks before Ant’s listing, Chinese state media as well as regulators had dropped broad hints of more stringent regulations on micro-lending. Moreover, in the past, Beijing made no secret of its desire to prevent an impending credit bubble and made it clear that it viewed large unregulated entities, presumably including Ant, with suspicion.

On Nov 2, regulators proposed new rules to limit the amount of money that online lenders such as Ant can provide. The rules also require fintech loan facilitators like Ant to take some of the risk in the loan origination process rather than outsourcing all of it to partner banks. The new rules cap the loan size at RMB300,000 (RM187,630) and require at least 30% contribution from fintech firms in co-lending from the current 1% to 20%, thereby significantly lifting capital requirements.

Until now, if Ant were lending RMB100,000 to a young office worker in Beijing, it could put up just 1% of the total loan and ask its co-lender or partner bank to fund the rest. Now, the rules require fintech firms such as Ant to fund at least 30% of the loan. The new rules also restrict fintech players from lending more than one-third of individual borrowers’ annual salary.

In addition, the new rules ban cross-provincial lending by regional banks, which have helped fund loans by online micro-lending companies like Ant Group. Regional banks in China have been the biggest funding source for Ant, largely driven by their motivation to expand geographically. Regulators also criticised fintech firms for regulatory arbitrage, unfair competition with state-owned financial institutions and charging too much, or up to one-third of the borrowers’ total cost in some cases.

Interest rates for unsecured personal loans from Ant’s Huabei are reportedly higher than those of credit cards. Regulators also singled out Ant for illegal information trading, a euphemism for collecting too much data on customers and trading or using the data for purposes other than financial services. Ant, for example, shares data with e-commerce affiliate Alibaba, which may try to sell you something or sell your data to advertisers which, in turn, may sell you something.

Analysts speculate that Ma probably knew that new rules were coming and was just venting his frustration. Former investment banker Duncan Clark, head of investment advisory group BDA China and author of Alibaba: The House that Jack Ma Built, says the retail frenzy around Ant’s IPO with people across China desperately trying to partake in the action may have spooked Beijing. Investors were borrowing money to buy funds and all sorts of other products to get exposure to Ant. The spectre of a huge IPO pop and a subsequent crash probably worried Chinese officials, he adds.

The draft rules issued this past week on micro-lending are the latest move by Beijing to increase regulation. “The most urgent matter for Ant Group is to restructure according to the demands of the regulatory authorities. The postponement of the IPO is for the benefit of investors and the long-term health of the capital market,” said an opinion piece in the influential Beijing Economic Daily.

Bill Bishop, author of the China-based newsletter Sinocism, says by cancelling the world’s largest-ever listing at the last minute, Beijing “has once again reminded all private entrepreneurs that no matter how rich and successful they may be, it can pull the rug out from under their feet at any time”.

To be sure, Ant has been criticised for pushing the limits too far and has repeatedly run afoul of China’s state-owned banks, which see its growth as a threat. Regulators have from time to time taken steps to rein in Ant. Last year, they forced Alipay to route all payments through a third-party platform that would give the PBoC more visibility on the flow of money to and from Ant.

“Chinese regulators have been looking at fintech companies’ role in lending as they get a pass on taking credit risk while facilitating borrowing,” says Brendan Ahern, chief investment officer at New York-based exchange-traded fund provider KraneShares. He believes Beijing regulators don’t want an unregulated fintech player like Ant providing households with unlimited credit growth. “Helping households and small businesses garner access is a good thing, but the regulator is waving a yellow flag on a credit highway without toll booths,” he says.

“Ant’s business model isn’t fundamentally broken” by the new rules, notes Kevin Kwek, a bank analyst at Bernstein & Co in Singapore. “Ant has sufficient capital to meet the regulatory requirements even if the 30% requirement is to be met.”

Moreover, he argues, “If Ant takes it on the balance sheet, it is in fact more profitable even with more credit risks on its books.” The only problem with the new rules, he says, is that it moves Ant away from the “asset-light, distribution-only” model that goes well with tech valuations to one in which Ant will resemble a bank.

But even then, the Bernstein analyst notes, Ant will have much lower compliance and capital requirements. Though such regulations could be more onerous on traditionally asset-light players such as Ant, Kwek notes that as regulators put in more bank-like restrictions on fintech players, they are also likely to allow bank-like benefits, including the ability to raise deposit funding. Overall, the new rules on lending will have some impact on Ant but it is not dramatic, he says.

Higher compliance cost on the cards

A key impact is likely to be a higher compliance cost for Ant. Online lenders will soon be supervised by central regulators including PBoC and CBIRC, instead of the local financial bureau, suggesting comprehensive supervision, much more frequent reporting and monitoring as well as guidance.

KraneShares’ Ahern says a common misperception of foreigners is that they view China as a single entity. “The reality is that China is highly fragmented geographically combined with a massive population. Competition in China is fierce among companies as rivals fight it out with one another.” Chinese tech companies are disruptors infringing on very profitable businesses, he adds.

“Banks in China are powerful entities connected politically, just as they are in the US. And rightfully so, as banks play an important role in the economy.”

So, did Ant do anything wrong that may have contributed to the cancellation of the massive IPO? “I believe Ma may have flown a little too close to the sun with his [Bund Summit] comments,” says Ahern.

What’s next? Analysts and portfolio managers in Hong Kong and the US with whom this writer has spoken in recent days say they believe it could be six to 18 months before Ant takes another shot at a listing. The Chinese payment giant is also said to be looking at proposals to dramatically restructure its business.

One idea being mooted is spinning off some or indeed all of its consumer loan business. Because credit and loan services make up more than a third of its total revenue, hiving off some or all of its micro-lending business would mean a drastic cut in Ant’s valuation.

Ma or Ant officials have not commented on restructuring plans since the listing was pulled. Whether Ant tries to relist early next year or sometime in 2022, it is likely to be a much leaner outfit that would struggle to match the US$25 billion that Alibaba raised during its IPO six years ago.