Tax laws must not be complicated 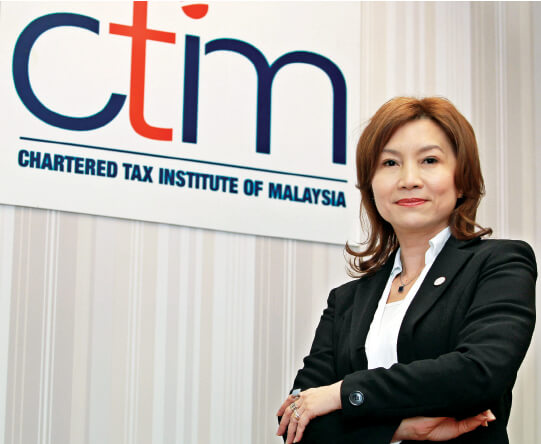 Seah says in 2017 alone, there have been over 20 amendments to various tax laws. Photo by Shahrin Yahya

KUALA LUMPUR: Frequent amendments to tax laws have affected businesses in the country, and a tax expert hopes that Budget 2018 to be tabled this Friday will not add to the problem.

Chartered Tax Institute of Malaysia (CTIM) president Seah Siew Yun said in an interview that in 2017 alone, there have been over 20 amendments to various tax laws.

She said there were instances where although changes were aimed at incentivising businesses, the implementation was mired in difficulties.

Seah cited an example of the corporate income tax cut for companies that have achieved certain levels of annual revenue growth and for small businesses, announced in Budget 2017.

The CTIM president also said that with the government stepping up enforcement to raise revenue, it is crucial to have a conducive environment that ensures smooth implementation of any new legislation in the upcoming budget.

Seah noted that the government had in recent times amended the laws after losing out in court disputes with taxpayers. The CTIM, she added, supports amendments that are made for tax laws to stay relevant to current trends and to maintain their original intent.

“However, amendments [made] after the loss of a tax case are often drafted with a very wide scope to cover any imaginable circumstances and they [the amendments] sometimes unintentionally affect other taxpayers and put them in a difficult position,” said Seah.

She pointed out that in Budget 2016, amendments were made to the Income Tax Act 1967 that changed the concept of taxing advance income to one that is based on cash receipts instead of accruals.

In the same year, another amendment was made, following an adverse court decision against the government to ensure that only companies that own and operate certain buildings are allowed to claim the industrial building allowance (IBA).

“The amendment discourages investments,” said Seah, pointing out that not all property owners have the necessary skills to operate specialised facilities, such as hospitals or higher learning centres.

“Those with the necessary skills conversely may not have the funds to construct or own these specialised facilities,” she added.

Seah stressed that it is vital to clarify the application of proposed amendments to the tax laws sooner rather than later after they are announced.

However, she has observed that the guidelines on implementation are usually issued long after the proposals were announced in the national budget.

The capital allowance incentive for automation is one example. It was proposed in Budget 2015 and applicable for three year from 2015 to 2017. But it was only gazetted in August this year, when most taxpayers had already submitted their tax returns.

Seah said policymakers should have guidelines and implementation plans ready to be rolled out immediately after amendments are proposed.

Similarly, for all the rulings, Seah opined that the effective date should not be on a retrospective basis.

For example, the Transfer Pricing Rules 2012 were introduced in 2012, with retrospective effect from January 2009. Taxpayers were required to prepare contemporaneous transfer pricing documentation to justify the arm’s-length nature of their related party transactions.

“It (ruling) has to be fair to taxpayers. If the ruling was introduced in 2012 and it is deemed to be effective in 2009, it was impossible for companies to comply with it as they were not aware of the ruling and its requirements [back] in 2009,” she said.

To avoid hiccups in implementation, communication between different government agencies and policymakers is essential to enable harmonisation of laws whenever there are changes or implementation of new rulings.