Tailor-made homes in The Travertine 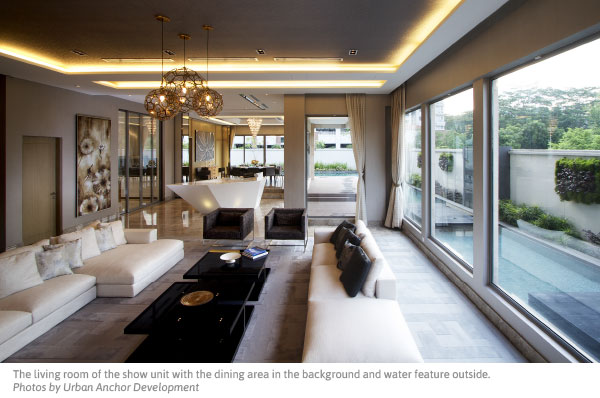 The first phase of the development comprises six bungalows and so far, two have been sold. The development will have two phases, with Phase Two to be launched next year.

Instead of building and then selling the units, the developer will not build until buyers for them have been secured and the designs confirmed. Buyers can opt for design recommendations or work with the designer to come up with their own designs. 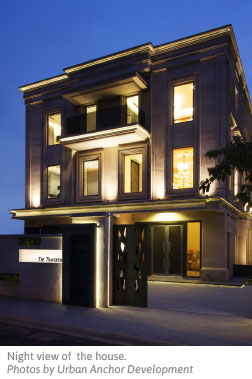 “As a boutique and luxury developer, we offer homes that are tailor-made to buyers’ needs and desires,” said executive director Lim Soo Ka. “Our homes are built not only according to buyers’ tastes, but to their budgets as well.”

Lim said the houses being in Hartamas  Heights next to Publika is also a plus for the development.

The 3-storey show unit, which has a gross development value (GDV) of RM15.5 million, will be sold. It has a built-up of 13,000 sq ft and comes with a basement and a rooftop space.

Lim said the GDV for The Travertine is estimated to be between RM80 million and RM90 million.

“But bear in mind that the show unit is fully furnished. An unfurnished unit will cost approximately RM13.5 million,” he said.

The designer of the unit opted for a 3-storey building with a flat roof in order to view the Kuala Lumpur skyline. The top floor of the house has 2,500 sq ft of space for the master bedroom, bathroom, lounge, study and walk-in closet. It also features a glass skylight for natural lighting.