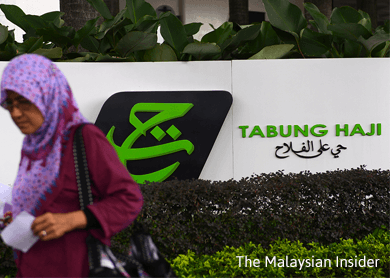 KUALA LUMPUR (May 11): Lembaga Tabung Haji (LTH) said it has invested RM920.8 million in 1Malaysia Development Bhd (1MDB)’s Bandar Malaysia sukuk issuance in Feb 2014 because “it is a secured investment.”

In a statement today, the pilgrims’ fund chief investment officer Abd Kadir Sahlan said the sukuk is secured against parcels of land in Bandar Malaysia with a security cover of at least 1.67 times.

“The sukuk was issued to finance the construction of replacement facilities in relation to the relocation of the existing Sg Besi Air Force Base facilities,” he said.

He said LTH’s total investment was in two tranches, which will generate yield of 5.85% and 6.05% for seven and 10 years, respectively.

“At the end of the investment periods, LTH will receive a total proceed of RM1.55 billion resulting in a RM626.5 million profit,” he added.

The clarification by LTH came after PAS requested Putrajaya to explain whether LTH had bought RM1.6 billion of sukuk issued by 1MDB’s Bandar Malaysia before its controversial purchase of a plot of land at the strategic investment fund’s development, the Tun Razak Exchange (TRX).

Ibrahim questioned if this meant LTH had invested a total of RM1.6 billion in 1MDB before the land purchase from 1MDB, adding that the document showed 1MDB had announced its sale of RM2.4 billion in Bandar Malaysia sukuk on Feb 18 last year.

He further asked if this meant Tabung Haji had funded 66% of the sukuk issuance.

The pilgrims’ fund had confirmed on Thursday (May 7) its purchase of 0.63ha of TRX land from the debt-stricken 1MDB for RM188.5 million, a move which critics said was to inject cash into the debt-stricken company owned by the Ministry of Finance. The deal sparked a public uproar, which subsequently led to LTH announcing two days later (May 9) that the land would soon be sold.