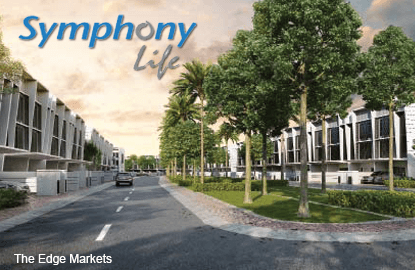 Chief operating officer Stewart Tew said Symphony Life was holding back a part of the RM2 billion worth of real estate launches in the Klang Valley to focus on existing projects, in view of the current market. Tew said many existing projects were at the foundation stage.

"Hence, we can only realise the contribution next year. We are deferring some of our launches, due to the weakening of the property sector lately.

"The group is also actively on the lookout for new land bank for future development," he told reporters, after the company's annual general meeting here today.

The launches have been postponed until next year or 2017, according to him.

The unbilled sales could support the group's income for the next four years, according to him.