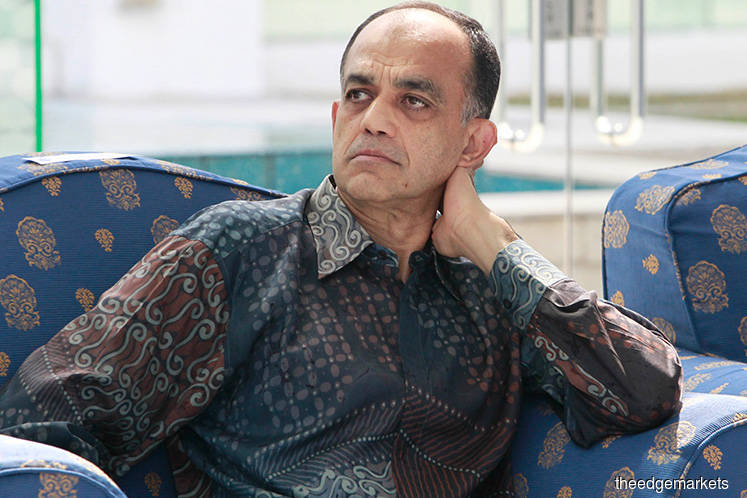 KUALA LUMPUR (Feb 23): Kelana Ventures Sdn Bhd (KVSB), a company owned by tycoon Tan Sri Syed Mokhtar Albukhary, has confirmed a report by The Edge Financial Daily that it was the private party in a controversial land swap deal with the Ministry of Defence (MINDEF) involving the Royal Malaysian Air Force land in Kinrara, Puchong.

However, it clarified that the land had been valued by the company at RM500 million, based on its existing condition -- without taking into account the future conversion premium that need to be paid (for commercial and residential status), and other restrictions and conditions that may be imposed by the Selangor state government for future development.

In a letter to the daily, it said in return for the land, the company entered into an arrangement with MINDEF to build three new facilities for the ministry at RM499.9 million in total.

KVSB also clarified that the land-swap deal and the agreement to build the facilities have yet to be signed between KVSB and MINDEF, but that the company had -- at the request of MINDEF -- agreed to start construction works for Kem Paloh.

As KVSB is of the view that the daily's article "does not reflect the true nature of the arrangement between KVSB and the Ministry of Defence", it said the report is "erroneous and misleading".

In the article published on Friday, the daily reported, quoting sources, that KVSB was involved in a politically-motivated land swap deal with MINDEF, under which the ministry had lost RM258 million by selling the Kinrara plot in Puchong at a 34% discount to the company.

It also reported that Defence Minister Mohamad Sabu's special functions officer, Mohd Nasasie Ismail, had told reporters on Thursday that the land, measuring 101.81 acre (41.2ha), had been swapped for RM500 million although it had been valued at RM758 million by the Valuation and Property Services Department (JPPH) in May 2015.

In return, Nasasie said the private firm -- which he did not name -- would build three new facilities for the ministry: a new military base in Paloh, the new air force base, and a new logistics training centre.

Nasasie said the ministry had also overvalued the land in Paloh, which it acquired via a land swap at a 43% premium. The 62-acre (25ha) plot had been acquired by MINDEF at RM10.47 million, although JPPH valued the land at only RM7.28 million. The valuation was also done in 2015.

Nasasie was speaking to reporters at the Malaysian Anti-Corruption Commission Agency (MACC) headquarters, where he went to submit the findings on the two land swaps based on the final report on the matter from the special committee investigating governance, procurement and finance headed by former auditor-general Tan Sri Ambrin Buang.

On Wednesday, MINDEF revealed that government funds in excess of RM500 million is believed to have been leaked via 16 of the ministry’s land swap deals.