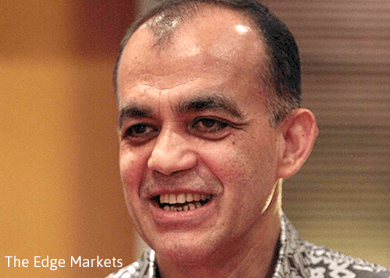 KUALALUMPUR: Tan Sri Syed Mokhtar al-Bukhary’s MMC Corp Bhd has acquired a 25 million block of shares or 5.3% in port operator NCB Holdings Bhd from the Port Klang Authority (PKA) at RM3.45 per share, or for a total consideration of RM86.2 million.

The share purchase, which took place on Tuesday through a single off-market trade, has raised MMC’s stake to 21% in NCB.

“It was a done deal on Tuesday, the PKA sold out, and they got a good premium,” a source familiar with the deal said.

The purchase price was not revealed in the announcement to Bursa Malaysia. According to Bloomberg data, the chunk of shares changed hands at RM3.45 a share — a 15 sen or 4.5% premium to NCB’s closing of RM3.31. The port operator’s stock has gained some 36% since early April.

NCB has two main assets: port operator Northport (M) Bhd and haulage outfit Kontena Nasional Bhd. The PKA is a statutory corporation, which was established in July 1963 to take over the administration of Port Klang, which is made up of Northport and Westports, from the Malayan Railway Administration.

As at end-March this year, NCB had a net asset value per share of RM3.01.

The bulk of earnings came from Northport which for 1QFY15, registered a revenue of RM143.9 million with the number of containers handled increased to 685,091 TEUs (20-foot equivalent units) from 609,335 TEUs for the same quarter of the previous year.

Northport has about 30% market share of Port Klang’s 10.9 million TEUs.