The ‘sweet spot’ in Taman Segar 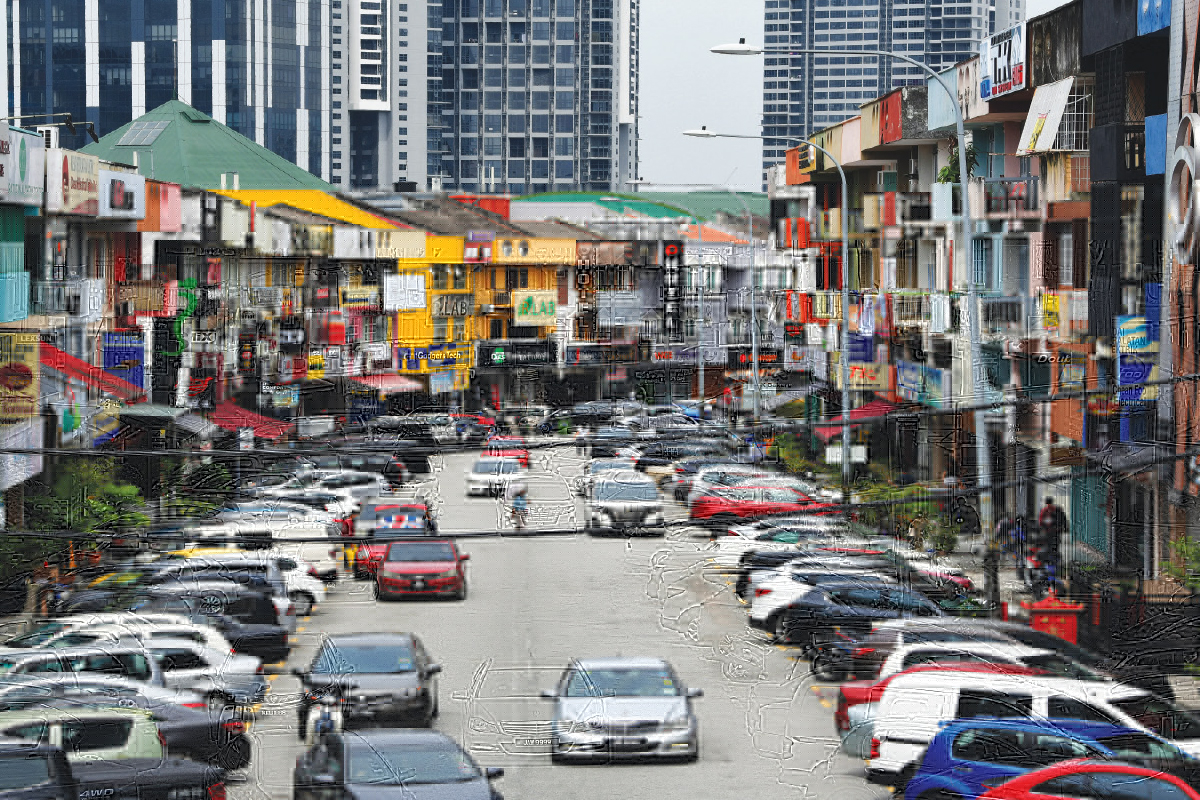 The Jalan Manis area is always congested, with many cars double parked on both sides of the road (Photo by Patrick Goh/The Edge)

According to MacReal International Sdn Bhd associate director Gan Boon How, the Jalan Manis area is located off Jalan Cheras in Taman Segar and about 9km southeast of the Kuala Lumpur city centre, which is under the jurisdiction of Kuala Lumpur City Hall.

“The commercial centre there is the most vibrant area compared with the surrounding areas because of Cheras LeisureMall, which is the first full-fledged mall in the area and considered a landmark as well as one of the most popular malls in Cheras. So, most of the residential buyers there can easily rent out their units to start earning income,” he says.

The Jalan Manis area is adjacent to the residential area of Taman Segar. The residential properties there are mostly landed, and amenities include SK Taman Segar, Petronas petrol station as well as the Taman Mutiara MRT station.

Henry Butcher Retail managing director Tan Hai Hsin, whose office is located in Jalan Manis 3, tells City & Country that the shopoffices in the area were built in the mid-1980s. He notes that some rows of shopoffices have a half basement while others have a mezzanine floor, owing to the topography of the land, which slopes upwards from Jalan Cheras.

“The retail businesses here vary widely and have responded to the changing trends over the years. For example, there are various bubble tea shops here because of the recent bubble tea craze. The Taman Segar pasar malam is also here every Friday evening,” he observes.

“We can see that even the Covid-19 pandemic and MCO (Movement Control Order) have not affected this commercial centre significantly. There are very few shopoffices in this commercial centre with ‘scary banners’ [advertising units for sale or rent] in front of them. Since businesses reopened during the Recovery MCO stage, several businesses have opened in shops vacated during the lockdown.”

He adds that the majority of the shoppers there are Chinese, owing to the demographic profile of the surrounding housing estates, which are mainly middle-income families from Sri Petaling, Pandan Indah and Pandan Perdana, southern Cheras as well as Kajang. Meanwhile, offices in the area are mostly those of small and medium trading and distribution companies. Independent professional service providers are also located there, along with a mix of chain and independent retailers. The chain retailers include myNEWS.com, 99 Speedmart, TK Bakery, Australian Bakery, Reborn and HealthLand. There are also banks, telecommunications service providers, pharmacies, hotels and Chinese coffee shops.

Gan notes that Taman Segar is a mature area, and owing to its strategic location, the properties there have always been in demand, especially among urbanites looking for jobs in the city centre.

“Besides the Taman Mutiara MRT station, it has direct linkage to major roads such as the Cheras-Kajang Expressway, Middle Ring Road 2 (MRR2) and East-West Link Expressway, which provide convenient access to the city centre. From there, it is connected to the Federal Highway, Kerinchi Link, Kajang Dispersal Link Expressway and upcoming East Klang Valley Expressway.” Caryn, a born-and-bred Cheras resident, sees a change in the local business offerings, brought about by the bubble tea craze, with many bubble tea operators popping up in the area and in Cheras LeisureMall.

“That area is very convenient because you can find several banks and the three main telecommunications companies there. It already had many eateries, but now there are even more bubble tea shops and modern eateries,” she says.

Like most people who grew up in Cheras in the 1990s, Caryn feels nostalgic towards Cheras LeisureMall — a main landmark in Taman Segar. In the past, when there were fewer shopping malls and transport infrastructure was undeve­loped, it was the go-to mall for many Cheras folk.

“Cheras LeisureMall has two blocks, which are connected by a link bridge. When I was younger, I used to say this was like a mini version of the Petronas Twin Towers because you didn’t see many developments like this back then,” she reminisces.

“Over the years, the mall has been refurbished and expanded a few times. It used to have an entertainment area that included an indoor theme park, where part of the roller-coaster track is outside the building … That area is now a food district, which is next to the covered bridge to the MRT station.”

On the east side of Cheras LeisureMall is Cheras Plaza, which used to house Sedaya College (now known as Sedaya International College Malaysia). After the college moved out, the space was turned into an office tower, which also has a karaoke outlet. The property division of PPB Group is also located in the building.

Tan says Cheras Plaza was completed in 1987, with the building occupied by the first Chujitsu department store outside Japan. It closed down in 1989, due to the impact of the 1986 economic recession.

“Cheras LeisureMall was opened later in two phases. It was considered the most popular shopping centre in Cheras for decades. It was known for its massive traffic jam on weekends, despite the mall’s relatively small size of about 300,000 sq ft,” he says.

“Cheras LeisureMall has faced many ups and downs throughout the years. It has survived and thrived despite facing competition from the surrounding areas and being only a short drive to the Bukit Bintang shopping district.”

Unlike other shopping centres, where the grocery space has been occupied by the same tenant over the years, Cheras LeisureMall’s grocery space had been home to many oper ators, including Kerry’s Department Store, Savers-In, Tops and Giant, since its establishment. It is currently occupied by Oliver Gourmet.

Tan observes that the completion of the Taman Mutiara MRT station in 2017 did not bring a significantly higher volume of businesses to the Jalan Manis area — a similar situation faced by numerous commercial centres adjacent to MRT stations in the Klang Valley.

Caryn notes that the roads in the Jalan Manis area were converted from two-way into one-way many years ago because of heavy traffic. Nevertheless, the area is always congested, with many cars double-parked on both sides of the road.

“The traffic is bad in the afternoons and evenings, as people are there to run errands or to eat their lunch or dinner … They don’t want to pay for the parking at the mall, so they double park and walk away. The traffic on Friday evenings is even worse, because of the pasar malam in Jalan Manis 4,” she says.

“On weekends, there is a queue going into Cheras LeisureMall, and the mall parking is normally full before afternoon. A multi-storey DBKL car park has been completed in Jalan Manis 6, but the parking issue remains.”

During a recce to the area on a weekday, City & Country noticed a massive double-parking situation, especially in Jalan Manis 3 and Jalan Manis 4.

In terms of property values, Gan notes that properties in the Jalan Manis area have remained largely affordable for the general population, but the new developments nearby have helped spur property values in these parts and the surrounding areas.

He says data from the National Property Information Centre (Napic) shows that the prices of shopoffices in the Jalan Manis area have been rising gradually by between RM550 and RM650 psf since 2017. There have been 19 shopoffice transactions in the area since 2014.

Tan says the value of these properties has appreciated almost 10 times since they were completed in the 1980s, a similar trend seen in many properties in the Klang Valley that were built before the economic boom.

“During the pandemic, the market for this area has turned soft, but we have yet to see any fire sale or property auction. The average sale prices of these shopoffices have hovered around RM2.8 million to RM3.3 million since 2013. The average rent was RM4,700 in 2019 compared to RM3,200 in 2013,” he adds.