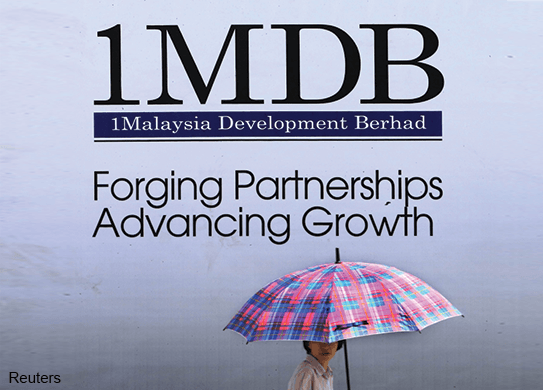 KUALA LUMPUR (Apr 17): Nearly half of voters polled in a recent survey said they lacked confidence in the government's handing of financial scandals involving Putrajaya's strategic development fund, 1Malaysia Development Bhd, while 33% said they were unsure.

Only 18% expressed confidence in the government's ability to handle the issue, the survey by independent pollster Merdeka Center and business radio station BFM found.

Overall, the survey revealed that younger voters were more likely to report a lack of confidence in Putrajaya's handling of the debt-ridden fund, compared with older voters.

Those who reported having no confidence among younger voters were 57% compared with 40% among those 60 years old and above.

Meanwhile, nearly 70% of those polled – comprising mostly voters from the low income group – were unaware as to what the 1MDB controversy was all about.

The survey also revealed that 75% did not know what the role of 1MDB was supposed to be.

This figure was highest among Malay voters (at 81%), those without internet access (87%), those from households below RM3,000 a month (87%) and those who relied upon the mainstream media for their news (at 65%).

Asked who they felt was responsible for the 1MDB controversy, 52% of voters said they were unsure, while 6% said they did not know.

Of the remainder, 18% felt the prime minister was responsible, 16% said the federal government, while 5% named the 1MDB management.

The survey was conducted between March 12 and 27 this year and involved 1,011 registered voters. They comprised 60% Malays, 30% Chinese and 10% Indian in Peninsular Malaysia and were polled through telephone.

The survey found that lower income respondents were more likely to answer that they did not know when asked about the government's handling of 1MDB, compared with those from higher income groups.

The findings also revealed  that 33% felt they were personally affected by the scandal, with this group coming mainly from upper income households, ethnic Chinese voters, and those from the private sector and business owners.

However, 36% felt they were not affected, while 31% polled said they were uncertain.

Merdeka Center's programme director Ibrahim Suffian said the survey's findings on the lack of awareness about 1MDB was due to the issue's complex nature, as well as the lack of coverage in the mainstream media.

"Malaysian political history is awash with past instances of alleged financial scandals over which a considerable amount of public funds were committed towards their rehabilitation.

"Perhaps the country’s small tax base, which is less than 20%, means that the vast majority of citizens are not invested in the impact of the government’s pecuniary conduct. Hence, they did not follow the issue closely," Ibrahim said in a statement on the survey results. – The Malaysian Insider