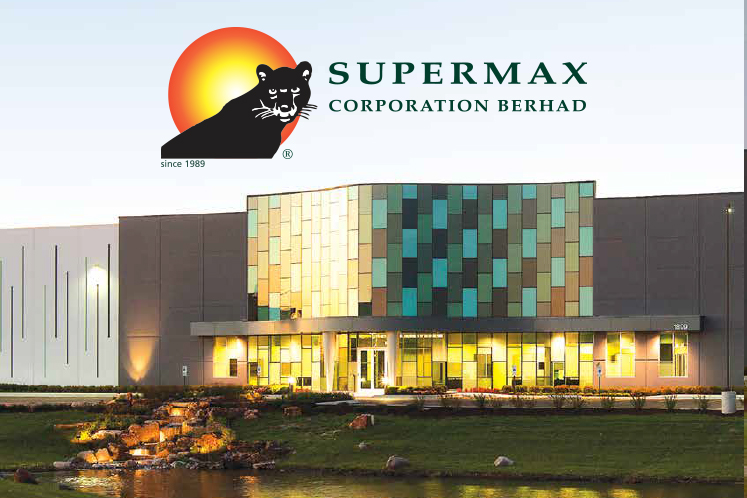 Earnings per share for the quarter ended June 30, 2018 increased to 1.49 sen from 0.8 sen previously, the glove maker said in a stock exchange filing.

Quarterly revenue rose 5.3% to RM329.46 million from RM312.91 million a year ago, on improved sales of its natural and nitrile rubber gloves.

The group proposed a final dividend of two sen per share.

Full-year revenue rose 16% to RM1.3 billion from RM1.13 billion which the group said was also due to capacity increase from its two newest plants.

Looking ahead, Supermax is positive of the industry as the global market for disposable gloves remains vibrant for both the natural rubber and nitrile variants, driven by various factors such as rising healthcare awareness and rising consumption.

It said the commercial production at the Taiping plant, which commenced on July 18, is expected to be fully operational by the end of September with an annual production capacity of 1.35 billion gloves.

Furthermore, construction works to build its 12th plant in Meru, Klang, which started in June, will further add to the group’s production capacity when completed in the second half of 2019, it said.