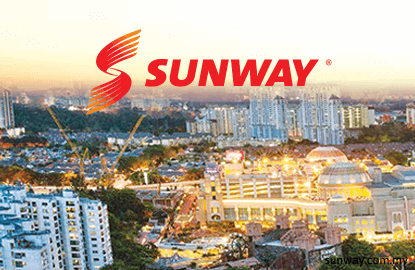 At a press briefing today, Sunway managing director Sarena Cheah said that the group aims to secure RM1.4 billion in property sales in 2016, following the group's achievement of RM1.2 billion sales in 2014. Its unbilled sales stood at RM2.3 billion as at end-2015.

The group currently has land bank of 3,304 acres, with potential GDV of RM47.7 billion over 15 years.

Despite the challenging environment in 2015, Cheah said the take-up rate of its recent launches over the past four months has seen good take-up rate of 80%. These launches include new units in Sunway Gandaria, Bangi; Sunway Velocity, Cheras; Serene Villas, Ipoh; and Emerald Boulevard, Medini, Iskandar.

"We are very encouraged by the healthy response despite the challenging environment. Having strong fundamentals is key in a challenging market and this will allow us the flexibility to adapt our launch strategies to match market changes," she said.

She said approximately 70% of the launches for this year will comprise properties in the Klang Valley, worth RM1 billion in GDV.

For the southern region, Sunway has launches of RM400 million in the pipeline for the year in Sunway Iskandar, Johor, comprising mixed developments.

Meanwhile, it aims to launch a total of RM200 million in projects in the northern region. In Ipoh, the group will be launching the Lost World Residences, comprising 262 units of serviced apartments with a total GDV of RM100 million.