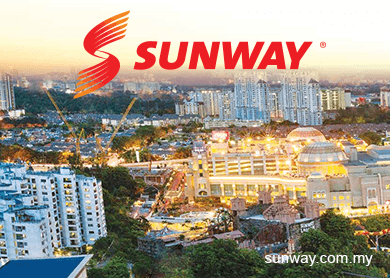 KUALA LUMPUR (May 11): Sunway Bhd has acquired five land parcels totalling 17 acres in Kelana Jaya, Selangor, which is slated for a mixed development with an estimated gross development value (GDV) of RM1.8 billion.

In a statement today, Sunway (fundamental: 1.5; valuation: 1.8) said Sunway Dimension Stones Sdn Bhd, a wholly-owned subsidiary of Sunway Holdings Sdn Bhd which in turn is a wholly-owned unit of Sunway, has signed two sale and purchase agreements with Kelana Resorts Sdn Bhd and its unit Viva Variasi Sdn Bhd respectively, to purchase the land parcels for a combined RM286 million or RM386.31 per sq ft.

“A total of 17 acres of land will allow us the flexibility and space to develop a contemporary mixed development with unobstructed view of the golf courses and a concept on serene living amidst lush greenery and a beautiful lake,” said Sunway managing director of property development division for Malaysia and Singapore, Sarena Cheah.

“It will be a highly sought-after development, given its prime location and wide accessibility. It is also flanked by mature and affluent neighbourhoods of Petaling Jaya, Sunway Resort City, Subang Jaya and Shah Alam,” she added.

The land is accessible from major highways such as the Leburaya Damansara-Puchong, Federal Highway and New Klang Valley Expressway and Subang Airport. It is close to the Setia Jaya KTM and Sunway Setia Jaya Bus Rapid Transit-Sunway Line, and sits within the vicinity of the Kelab Golf Negara Subang.

To date, Sunway has unbilled property sales of RM2.5 billion. This, combined with its remaining landbank of 3,380 acres with a potential GDV of RM50 billion, will keep the group busy in the next 15 years.

Sunway shares closed down 2.86% at RM3.40 today, bringing it to a market capitalisation of RM5.96 billion.