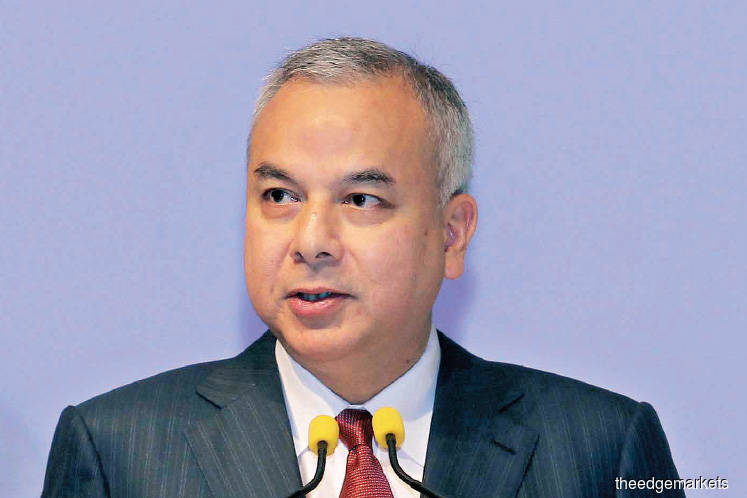 In particular, the Perak ruler urged the embrace of shared principles in Islam and Confucianism in the mutual promotion of tolerance, genuine acceptance and a sense of community, to ensure peace and prosperity on a global scale.

He said that in both traditions there is enshrined an imperative towards understanding and harmony, which can support productive conversations between nations and peoples that need to take place in the world today.

Sultan Nazrin was speaking at the 2nd Malaysia-China Youth Civilizational Dialogue on Islam and Confucianism in conjunction with the 45th Anniversary of Malaysia-China Diplomatic Relations.

In his speech titled “The Contributions of Islam and Confucianism to Ethics in the 21st Century”, he observed: “It is no coincidence that Islam and Confucianism have a long history of being in respectful, productive dialogue with one another. Just as the two traditions coexist in Malaysia and in many other countries today, so they have lived alongside one another for many centuries, particularly in China.

“The two traditions — Confucianism and Islam — have enjoyed centuries of mutual exchange, collaboration, and harmonious dialogue. This is in part because, as we have seen, despite their many differences, the two traditions also share some major points of convergence and similarity. Their single most important similarity is their shared belief in showing tolerance and genuine acceptance towards others,” Sultan Nazrin added.

In commending the conference organiser for providing a platform to reflect on the contributions of the two distinct, major spiritual traditions to ethics in the 21st century, he pointed to Islam and Confucianism “establishing a truly global community in which we can recognise that we are, after all, more similar than different, and that any differences are to be celebrated, not feared.”

Besides tolerance and mutual acceptance, the teachings of both entrust their followers the grave responsibility to take care of the planet and its creatures. This is important, he said, especially in the context of the current increased concerns over global climate change.

He cited a quote on humankind’s stewardship of the planet by a leading student of Confucius, who said “Heaven, the Earth, and humans are the basis of all creatures. Heaven gives them birth, the Earth nourishes them, and humans bring them to completion.”

“What I find particularly compelling about this philosophy, beyond the idea of human responsibility for the Earth, is the sense it conveys of all things on the planet being inextricably linked.

“Indeed, this Confucian teaching is echoed by classical Muslim philosophers such as the great Ibn Khaldun, who taught that: “All created things are subject to a regular and orderly system. Causes are linked to effects where each is connected with the other and any change will affect one another in a pattern that is both remarkable and endless.

“Our planet is in urgent need of the ethical approach advocated by both Islam and Confucianism, an approach which reminds us of humankind’s responsibility for and dependence on the Earth,” he added.

Sultan Nazrin also brought up the potential of Islam and Confucianism to help alleviate global poverty as both promote a spiritual imperative to share wealth, to support those in need, and to value social good above financial gain.

“A well-known Confucian saying, for instance, declares that “The superior man thinks of virtue”, while “the inferior man thinks of profit”. In Islam, meanwhile, zakat or almsgiving is one of the Five Pillars of the faith. Charitable giving is not simply something which Muslims are encouraged to do; it is absolutely integral to an Islamic way of life.

“In seeking to build a world in which wealth is shared more equitably, in which people value giving more than keeping and acquiring, we may look to these spiritual traditions as a source of ethical guidance,” he added.