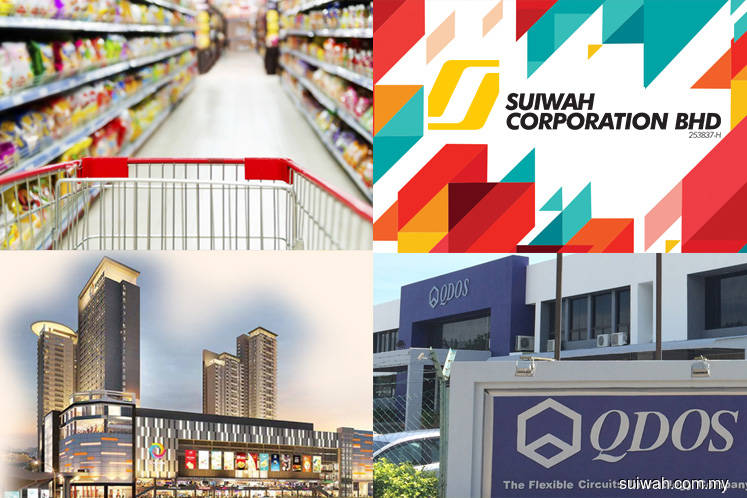 KUALA LUMPUR (Jan 28): Shares of Penang-based Suiwah Corp Bhd rose as much as 65 sen or 30% earlier this morning after it had, last Friday, received a privatisation offer from its major shareholder Suiwah Holdings Sdn Bhd (SHSB).

In a filing with Bursa Malaysia last Friday, Suiwah said it had received a letter from SHSB — the private investment vehicle of Suiwah managing director Datuk Hwang Thean Long, who founded the group — and parties acting in concert (PAC), requesting the group to undertake a selective capital reduction and repayment exercise (SCR).

The Hwang family, which holds a 30.91% stake in Suiwah, is looking to take the company private at RM2.80 per share.

SHSB has, in the letter to Suiwah, said under the proposed SCR, the entitled shareholders own 39.55 million Suiwah shares and they will receive a capital repayment of RM110.75 million or RM2.80 per share.

SHSB stated in the letter that the privatisation plan comes as Suiwah shares have been thinly traded, recording an average daily trading volume and average monthly trading volume of 15,456 shares and 160,067 shares respectively for the past two years, which represents 0.07% and 0.77% of Suiwah's total free float.