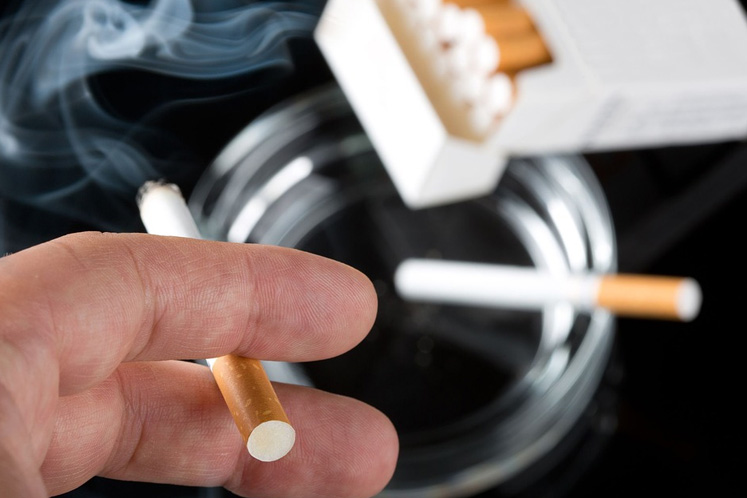 KUALA LUMPUR (June 20): Illegal cigarettes being smuggled into Malaysia has cost the Government RM5.1 billion losses in cigarette taxes every year, according to a study done by a UK-based advisory firm Oxford Economics.

The study, commissioned by British American Tobacco (BAT), revealed that Malaysia has the highest illegal cigarette incidence in the world and loses almost RM100 million every week to criminal smugglers and sellers.

In a joint-statement, BAT and Oxford Economics said six out of 10 cigarettes consumed in the country deliver no tax to the Malaysian Government.

The study also shows that sales of illegal cigarettes have soared since the Government led by Datuk Seri Najib Razak introduced a 40% excise tax increase on tobacco in late 2015.

“Just over one third of cigarettes sold in Malaysia before the 2015 excise increase were illegal. But the Oxford Economics study shows that not only is this figure now well in excess of 50% but that consumption of tobacco has actually risen in the country in the past four years,” the statement read.

The study found that despite strong economic growth, Malaysia experienced a real decline in tax collected between 2018 (RM174.7 billion) and 2017 (RM179.5 billion), a difference of RM4.8 billion.

The Government, however, is also losing other significant taxes as a result of illegal cigarettes now being widely available at just one third of the price of legal packets, according to the statement.

Two major legitimate and tax compliant tobacco companies — BAT and Japan Tobacco International (JTI) — closed their Malaysian factories in 2017. At their peak of production in 2013, these two factories supported 5,750 jobs for people throughout Malaysia, the report shows.

Oxford Economics Director of Economic Impact Consulting, Europe and Middle East Pete Collings said with nearly 60% of tobacco consumption falling outside of legitimate channels, the Malaysian Government’s ability to achieve its revenue and health targets is being severely compromised.

“But the damage caused by the illicit tobacco trade goes far beyond unpaid excise duties and sales taxes. The illegal trade, and the syndicates that prosper from it, spreads further illegal activity within Malaysia, encouraging corruption and discouraging legitimate business practices throughout the economy,” he said.

“The findings of the report highlight that this black economy drains the country of more than just vital revenue. It is a threat to the nation’s sovereignty, fuels corruption and erodes the integrity of its people. These criminals will do all they can to ensure that the level of corruption in Malaysia is kept at an all-time high.

“Unfortunately, we are a first-hand witness of how uncontrolled corruption has eroded a legitimate industry. In just four years, the industry now comprises a market majority that does not and will not comply to any form of regulation or taxation. Clearly, this is a low-risk, high-reward activity because these criminal syndicates have no reservations paying off corrupt officials to avoid detection or to evade enforcement,” he said.

“We have constantly appealed for serious action to be taken. This issue can no longer be ignored.  A cross Government action plan must be developed and deployed — all key Ministries have a role to play: The Ministry of Health’s Tobacco Control Sector, the Ministry of Domestic Trade and Consumer Affairs, Ministry of Home Affairs and the Ministry of Primary Industries,” he said.

As the legal industry leader, Stoel said BAT Malaysia is willing to provide resources to support a cross Government effort to curtail this menace.