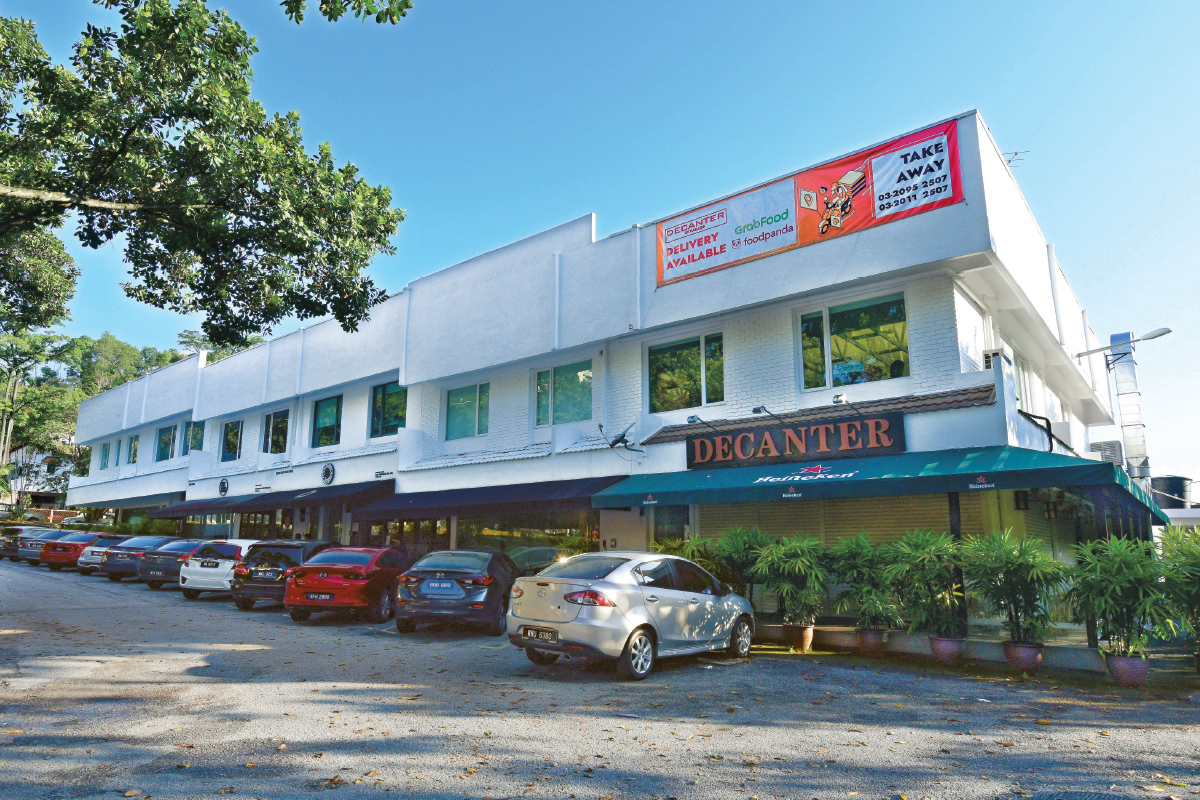 An intermediate 2-storey unit was transacted in October 2013 for RM3.3 million (Photo by Patrick Goh/The Edge)

Enjoying a cuppa with freshly baked pastries in the rustic interior of The Bread Shop in Jalan Setiakasih 5, Bukit Damansara, can be quite a tranquil diversion in the early mornings or late afternoons. Come lunchtime, however, this bijou bakery can be rather packed. Decanter restaurant and Malay restaurant Siti Li Dining next door can be equally full at peak hours. These three restaurants are the only F&B outlets on this six-shop block, with the other units leased to local architecture firm GDP Architects.

“There are only about six units of 2-storey shops located along Jalan Setiakasih 5, which seems to be rather popular. Parking lots are a little short here but demand for this locality is good and occupancy seems to be full all the time,” says Savills Malaysia managing director Datuk Paul Khong.

Khong notes that GDP Architects, Decanter and The Bread Shop have been long-term tenants and are like permanent fixtures on this block whereas Siti Li Dining is newer. “The row of shops has been fully occupied by four tenants for a while except for Siti Li, which used to be a local grocery store. GDP Architects occupies the whole stretch of the upper floors and another three ground-floor units, while the remaining three ground-floor shops are occupied by the restaurants,” he adds.

According to Khong, a typical shop on the block has a land area of 1,560 sq ft and a built-up of about 2,700 sq ft. “There were no units available for sale or rent in this development [during our ground inspection] and the latest transaction recorded was in October 2013 for an intermediate 2-storey unit at RM3.3 million. Since then, no more transactions were noted,” he says.

The shops on Jalan Setiakasih 5 are among the few smaller commercial areas in Bukit Damansara. Similar ones can be found on Lorong Setiabistari 2, Jalan Setia Bakti and Jalan Batai. Bigger commercial areas in the residential suburb are located in Jalan Dungun, Jalan Gelenggang, Changkat Semantan as well as Plaza Damansara 1 in Jalan Medan Setia 1 and Jalan Medan Setia 2. Anti-clockwise from top: Most of the ground-floor shops are occupied by restaurants; surrounding residential developments are mostly bungalows; the shops on Jalan Setiakasih 5 are among the few smaller commercial areas in Bukit Damansara (Photo by Patrick Goh/The Edge

According to Khong, Bukit Damansara was formerly a rubber estate. It was developed as affordable housing for civil servants in the 1970s by Syarikat Perumahan Pegawai Kerajaan Sdn Bhd, a subsidiary of Island & Peninsular Group.

“Over the years, the area has become a coveted premium address and is dubbed ‘the Beverly Hills of Malaysia’,” Khong remarks.

Residential developments around Jalan Setia­kasih are generally bungalows of standard design built by developers, or those that are individually planned. In early 2019, a well-maintained ­2-storey bungalow with a land area of 6,330 sq ft and built-up of 4,100 sq ft on Jalan Setiakasih 1 was transacted at RM4.9 million.

On the same street, another older and smaller 2-storey bungalow measuring about 6,950 sq ft in land area and with a built-up of 2,200 sq ft was transacted at RM4 million in 1Q2020, notes Khong.