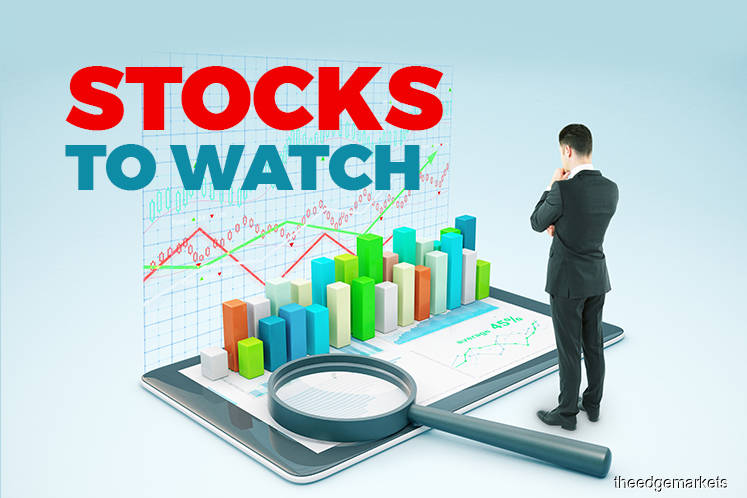 KUALA LUMPUR (Nov 6): The record high on Wall Street overnight is expected to set a positive market undertone over in Asia today. The strong market sentiment across the Pacific is mainly due to rising optimism the trade tension between the US and China will be resolved once the two leaders have decided where to meet for further negotiation.

On Bursa Malaysia, the rally on Velesto Energy Bhd is gaining energy, attempting to break 40 sen-level. The oil and gas (O&G) counter, which has seen keen interest, is today's second most traded stock across the board, with some 58.88 million shares changing hands in less than an hour.

The tide seems to be changing as far as interest in Velesto, formerly known as UMW Oil & Gas Corp Bhd, is concerned. The current market price of the oil rig operator, in which Permodalan Nasional Bhd is controlling shareholder, has already exceeded the price of its 14-for-5 renounceable rights issue of 30 sen per share. The cash call in late 2017 was sweetened by free detachable warrants on the basis of one free warrant for every four rights shares subscribed.

The derivatives are also actively traded recently. It is the eighth most traded counter on the exchange with 14.88 million units changing hands. Velesto-W is trading at 15.5 sen now.

Looking at the strong rally on Frontken Corp Bhd's share price, one may probably say this is the stock to have in a portfolio to not just outperform the market but yield handsome returns in the current lacklustre sentiment.

This year alone, Frontken's share price has more than doubled so far, leaping from last year's closing at around 80 sen-level to a high of RM1.98 yesterday. The stock was traded at 40 sen in the first half of 2018.

Frontken specialises in surface engineering services for the semiconductor and O&G industry.

The company announced a 25% growth in its net profit for the third quarter ended Sept 30 (3QFY19) to RM19.04 million from RM15.18 million a year ago. Quarterly revenue came in slightly higher at RM87.04 million versus RM85.85 million a year ago. This set of results will tend to stand out in the technology sector, in which most semiconductor-related companies have reported lower earnings.

Nonetheless, the good news might have factored in current share price. Hong Leong Investment Bank analyst Tan J Young raises the target price to RM1.94 after commenting that 3QFY19 earnings are commendable. Given the target price is at current market price, Tan revised his recommendation to "Hold" from "Buy".

Hartalega Holdings Bhd, the other glove maker among the 30 component stocks of the FBM KLCI besides Top Glove Bhd, may catch attention today. The nitrile glove maker's margin was squeezed by lower average selling price and increase in packaging and fuel costs.

Quarterly revenue, however, was marginally lower at RM709.42 million, from RM714.24 million in 2QFY19, according to yesterday's filing to Bursa Malaysia.

Despite lower profitability, Hartalega's board declared its first interim single-tier dividend of 1.8 sen per share in respect of the financial year ending June 30, 2020 (FY20). The dividend is payable on Dec 27.

CIMB Research, however, raised its target price to RM5.50 compared with market price of RM5.34 at 9.35am. "We advise investors to stay on the sidelines as current valuations (at a premium to the glove sector given its industry-leading margins in nitrile segment) has priced in its robust long-term structural growth story," wrote its analyst Walter Aw.

Penang-based Dufu Technology Corp Bhd did not break away from the earnings downtrend in the technology sector. It will be interesting to watch if the lower quarterly earnings will put a cap on the hard disk driver maker's share price, which is currently trading at the record high level.

The stock has more than doubled since May this year, soaring from RM1.40-level to slightly above RM3 last month.