Ipoh-based Hovid is a major manufacturer of generic drugs. It derives half of its USD-denominated sales from exports, particularly to Asia and Africa and as such, will benefit from the ringgit’s depreciation.

Since disposing its loss-making biodiesel subsidiary Carotech in 2011, Hovid saw its net profit grow at a 2-year CAGR of 7.4% to RM18.1 million in FY2014, on the back of revenue of RM183.5 million. A new plant to be completed this year will alleviate capacity constraints and drive future growth. 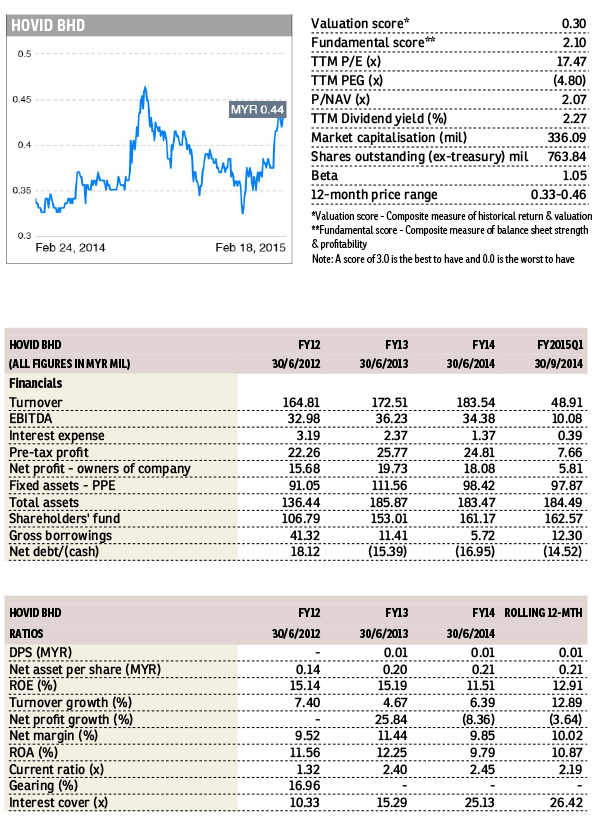