The ‘Internet of Things’ (IoT) concept has recently caught on in Malaysia. IoT is a computing concept that describes a future where everyday physical objects will be connected to the internet and be able to identify themselves to other devices.

Vitrox has jumped on board with an app called ‘What’s My Heart Rate’, which, like its name implies, is able to determine the user’s heart rate and temperature using a smartphone camera. The company is also working on an application which would measure the circumference of babies’ heads to eliminate the need to physically take the measurement in order to gauge the development of infants.

Though such applications of technology in the medical field are not new, it might open new avenues for companies such as Vitrox, which has operations in the semiconductor and electronics industries. Vitrox has said that it is open to possible acquisitions to boost growth and enhance value propositions to its existing and new customers.

Vitrox’s revenue has been steadily growing since 2011 with net margins of over 20%. In 1H2014, revenue doubled to RM87.9 million while net profit more than tripled to RM24 million, already equivalent to 2013’s full year profit of RM 24.1 million. 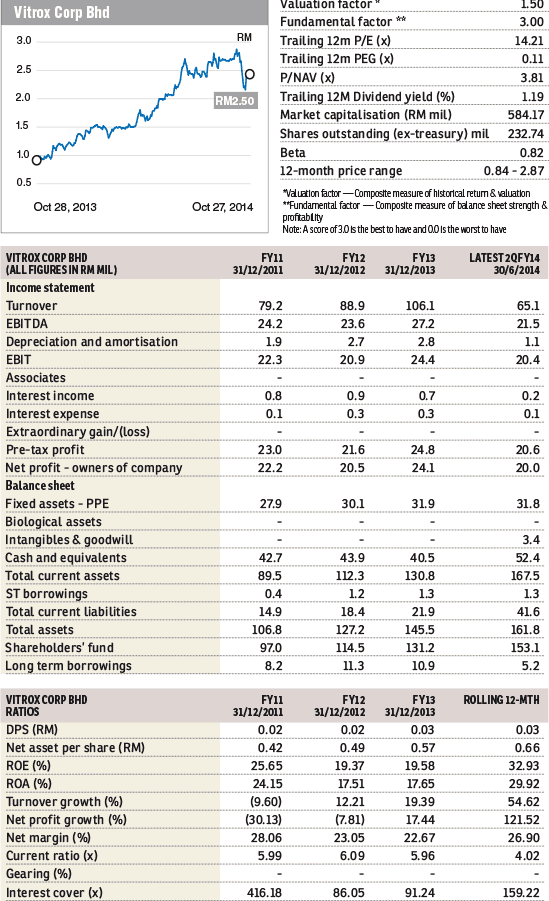