Hwang Capital Bhd
Hwang Capital Berhad (Hwang) is best known as the former holding company of Hwang DBS Investment Bank, which has since been disposed, turning the company into a cash-rich entity looking for a new core business. Hwang is backed by two major strong shareholders, DBS Bank Limited, Singapore’s largest bank, and the family of the founding shareholder, the late Dato’ Seri Hwang Sing Lue.

In April 2014, Hwang disposed of its key subsidiary, Hwang DBS Investment Banking Berhad to Affin Holdings Bhd for a consideration of about RM1.3 billion. The company also disposed its commercial bank in Cambodia in March with the intention of exiting the banking industry. The remaining businesses left are in money lending and property management.

With such a large cash pile, it will be interesting to see what industry Hwang ventures into next. 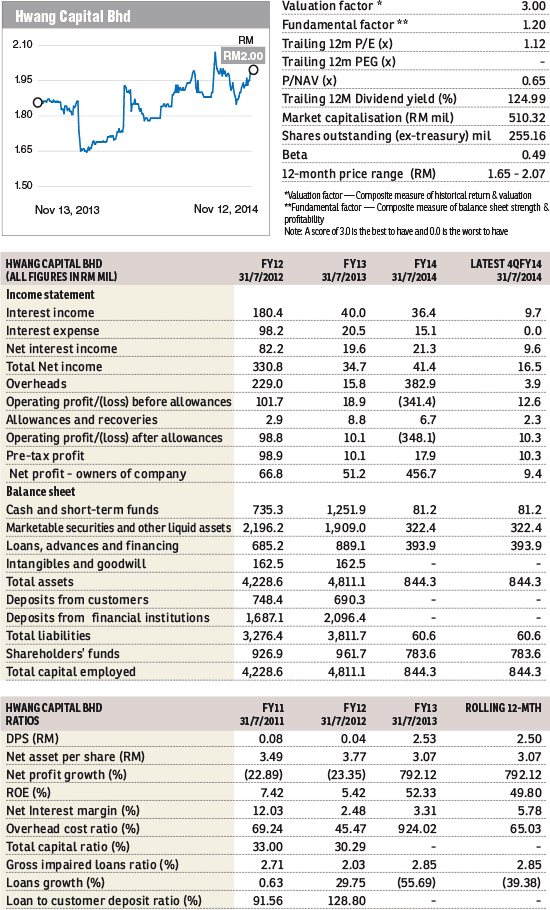