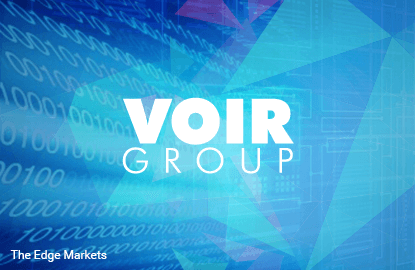 THE rarely traded shares of Voir (Fundamental: 0.35/3, Valuation: 0.3/3) rose as much as 15.9% to close at a one-year high of 73 sen last Thursday, despite the absence of new material announcements.

Voir is primarily involved in the design and retail of apparels, footwear and accessories under its own brands, including ‘VOIR’, ‘SODA’, and Applemints. The company also operates Garden Lifestyle Store & Café — a semi fine-dining restaurant chain — as well as retails cosmetics under the ‘Covo’ brand.

In 2014, Voir fell into the red with a net loss of RM1.3 million. For 9M2015, net loss widened to RM5.9 million from RM2.9 million a year ago, on the back of a 9.6% y-y decline in revenue to RM112.6 million. This was mainly attributed to higher losses from the apparels, footwear and accessories division due to lower sales and margins.

At current price, the stock trades at 1.03 times book. 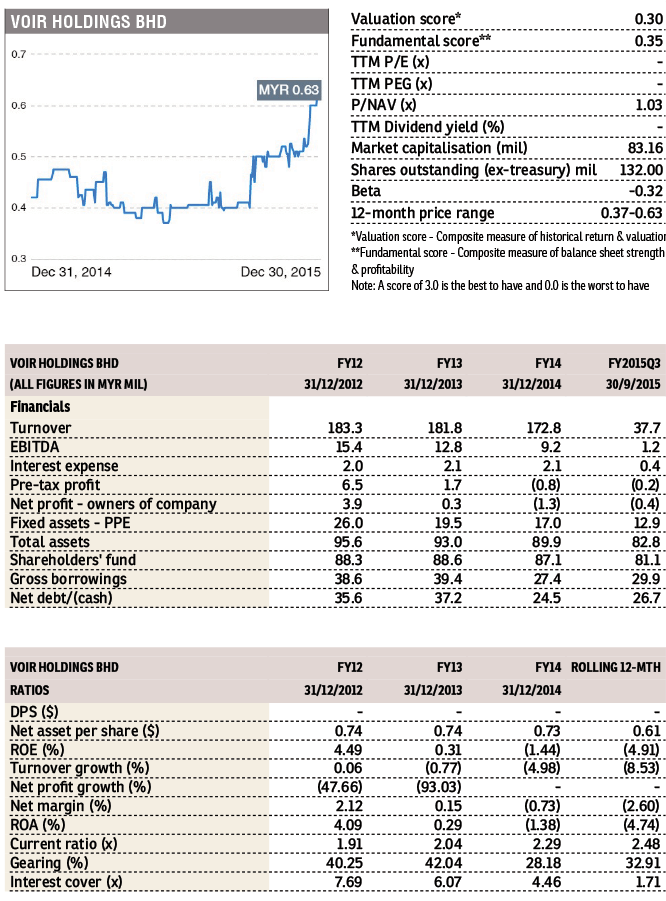