This article first appeared in The Edge Financial Daily, on november 24, 2015.

The Penang-based company is involved in the development and manufacturing of automated and digital vision inspection systems, serving the back-end semiconductor test, bare printed circuit board, and printed circuits assemblies industries. Export, mainly to Taiwan (25%), China (16%), and Mexico (10%), accounted for 71% of its revenue in 2014. 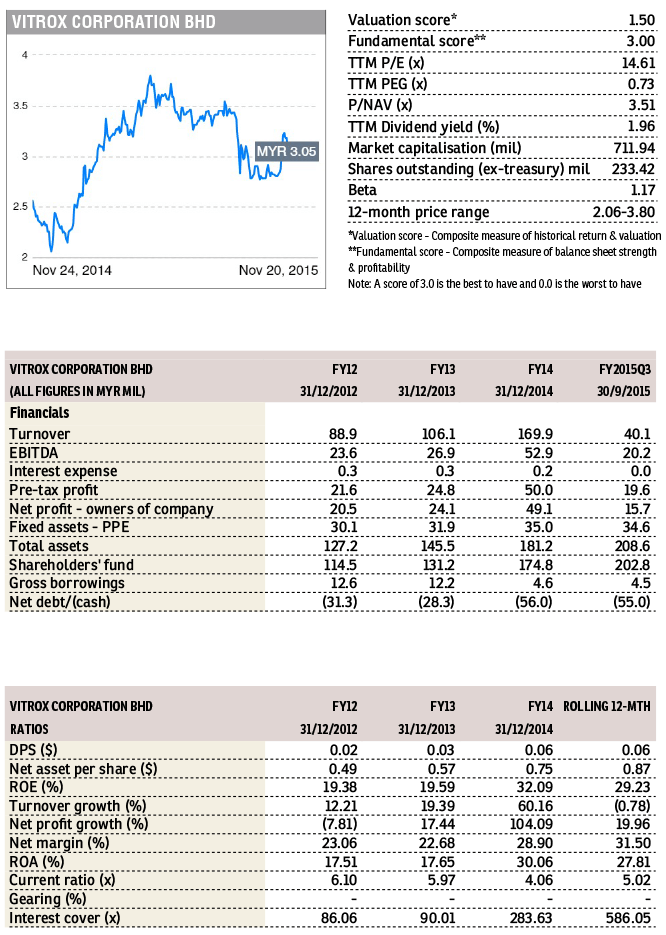