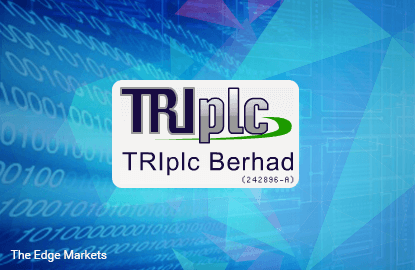 Prior to FY2014, the construction segment accounted for the bulk of revenue. Subsequently, TRIplc derives its revenue mainly from the 23-year concession agreement, starting April 2010, involving the maintenance works for the facilities and infrastructure of UiTM Zone 1 Phase 2.

Last month, the company received a confirmation of acceptance from Worldwide Holdings Berhad for the proposed disposal of its 338.7-acre mixed development land in Serendah, Ulu Selangor for RM140.1 million. The land was carried at RM37.2 million in FY2015. 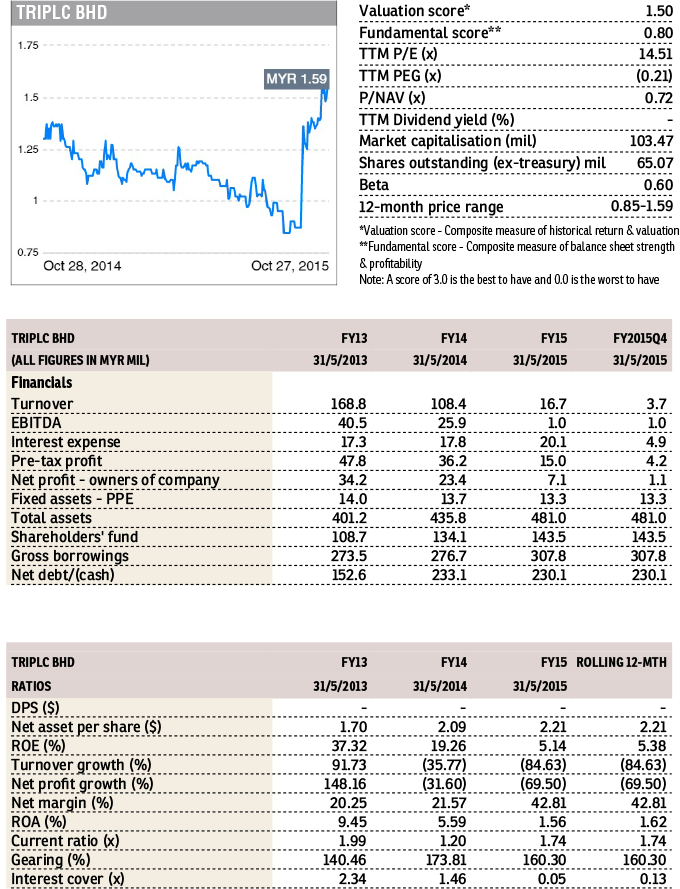