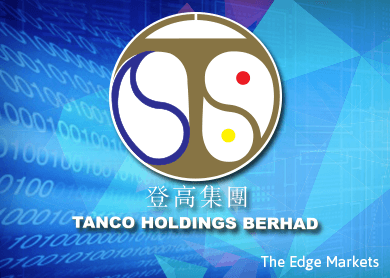 To recap, the company is involved in property development and resort management with projects in KL, Kuantan and Port Dickson. Its property projects include Bandar Country Homes in Rawang and Duta Vista in Damansara. Tanco slipped into the red with a net loss of RM83.2 million in FYJun2013 and has remained loss-making since.

For 1HFY2015, net loss widened to RM6.6 million on the back of revenue of just RM1.4 million. Net gearing ratio increased to 25.2% and interest cover is negative.

Going forward, Tanco will focus on developing a water theme park, an integrated resort and serviced suites in Port Dickson.

The stock trades 65% below its book value of 50.8 sen. No dividends were declared for the past five years. 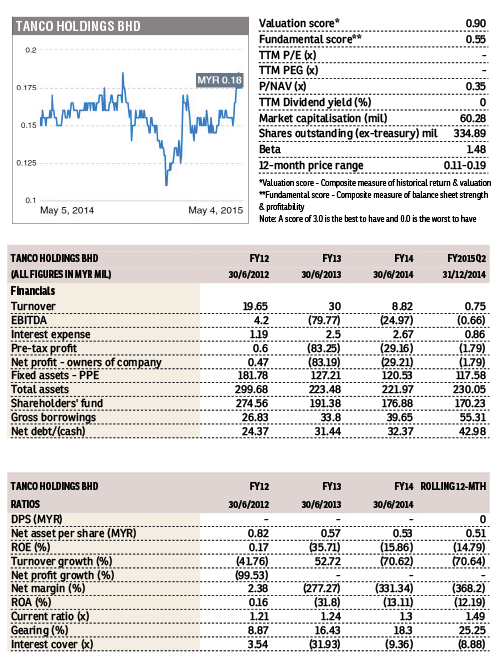