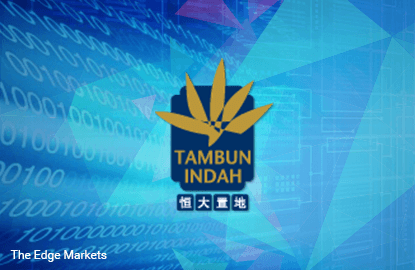 This article first appeared in The Edge Financial Daily, on March 21, 2016.

The Penang-based property developer’s revenue for the fourth quarter ended Dec 31, 2015 (4QFY15) fell 17.29% year-on-year to RM91.05 million, mainly due to lower revenue from its property development and property management segment. Revenue for the quarter was mainly contributed by Straits Garden in Penang Island and Rain Tree Park 1 in Pearl City.

Net profit for the quarter, however, grew 17.27% to RM30.35 million, compared to RM25.88 million last year, thanks to higher profit margin from on-going projects and a fair value gain on investment properties amounting to RM6.67 million.

As at Dec 31 last year, Tambun Indah achieved an average take-up rate of 81.7% for its ongoing projects, with a total gross development value of RM1.43 billion; and unbilled sales of approximately RM324.2 million. It said these should contribute positively to the group’s earnings for the next two to three years.

Launches Tambun Indah has planned for 2016 include Avenue Garden, Pearl Tropika, Pearl 28 and Pearl Saujana 1 in Pearl City, Simpang Ampat. It expects to achieve satisfactory performance in FY16. Its share price is 7.38% higher compared to the end of last year. It is currently trading at a trailing P/E of 6.23 times.