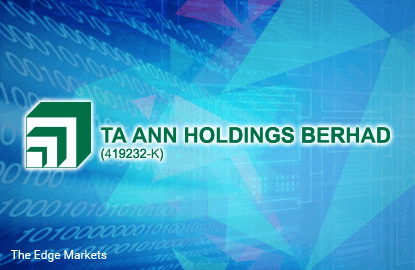 This article first appeared in The Edge Financial Daily, on October 12, 2015.

TA Ann (Fundamental: 1.8/3, Valuation: 1.4/3) was picked by our momentum algorithm for the first time last Friday. Despite a surge in trading volume, the stock closed unchanged at RM3.79.

Sarawak-based Ta Ann was established in the mid-1980s as a forest concession licensee. Today, the company is primarily engaged in the cultivation of oil palms, manufacture and sale of sawn timber, veneer and plywood, and trading of timber logs.

Ta Ann diversified into oil palm plantation in 2000. It has 39,527 hectares of planted oil palm, of which 76.8% are mature, and the balance are young and immature. The company also owns two palm oil mills with total processing capacity of 1.2 million tonnes of fresh fruit bunches (FFB) per year.

Ta Ann anticipates higher sales and profits from the oil palm segment in 3Q2015, which is when FFB production peaks. The timber segment, on the other hand, is expected to benefit from strong demand and favourable exchange rates. 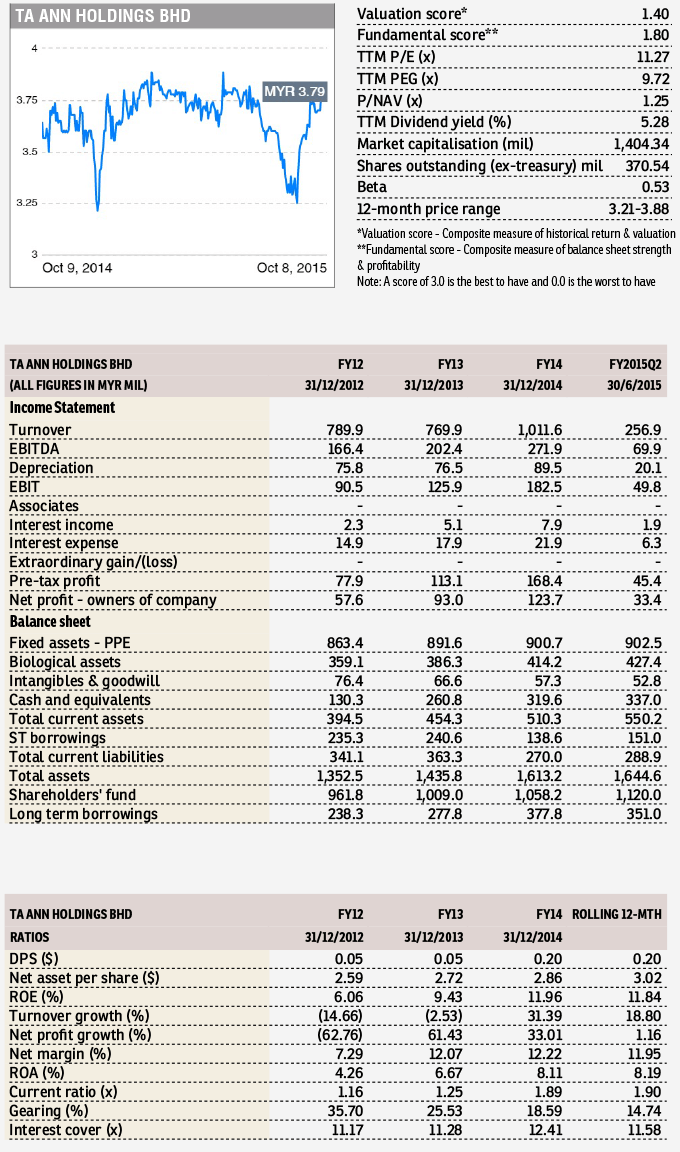