SHARE price of SHL (Fundamental: 3/3, Valuation: 2/3) has recovered steadily from a low of RM2.72 in December last year, up 23.9% since then. The cash-rich property developer pays good dividends, with a net yield of 7.4%, and is trading at undemanding valuations — trailing 12-month P/E of 7.8 times and 1.16 times book.

SHL is the master developer of Bandar Sungai Long and has low-cost landbank in suburban areas in the Klang Valley. Net cash stood at RM213.7 million, equivalent to 26.2% of its current market capitalisation. 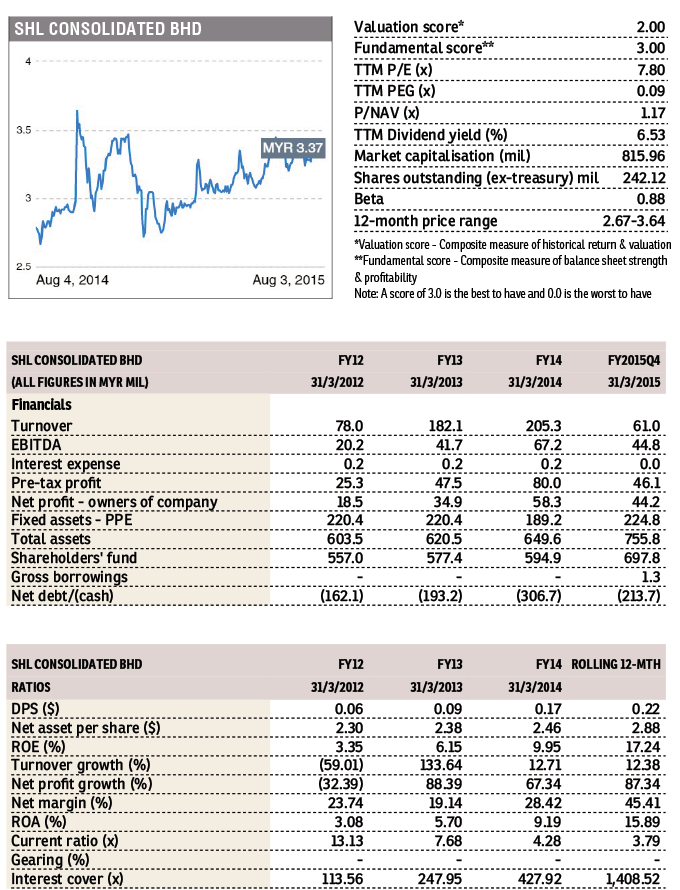