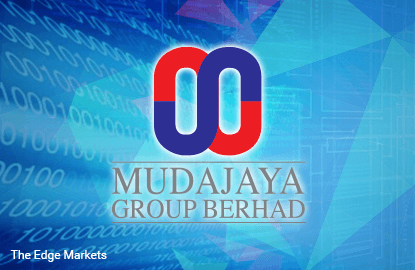 LOSS-MAKING Mudajaya (Fundamental: 0.35/3, Valuation: 0.9/3) triggered our momentum algorithm for the first time yesterday. The stock closed up 4.2% to RM1.25 on heavy volume.

Primarily a construction company, Mudajaya also has interests in property development, manufacturing & trading of construction materials, and power generation. In 2014, 80.9% of its revenue came from its construction arm.

The first half of 2015 has been a struggle for the company. Revenue slumped 58% y-y to RM270.8 million, causing the company to suffer a net loss of RM31.9 million. This compared to a net profit of RM28.4 million in 1H2014. The poor results were mainly due to cost overruns and lower construction revenue as most projects have been completed.

Positively, Mudajaya has replenished some of its orderbook in the past two months after clinching two contracts totalling RM533.3 million. The contracts are for construction works on the Pengerang Co-Generation Power Plant (RM43.9 million) and RAPID project (RM489.4 million) in Johor. 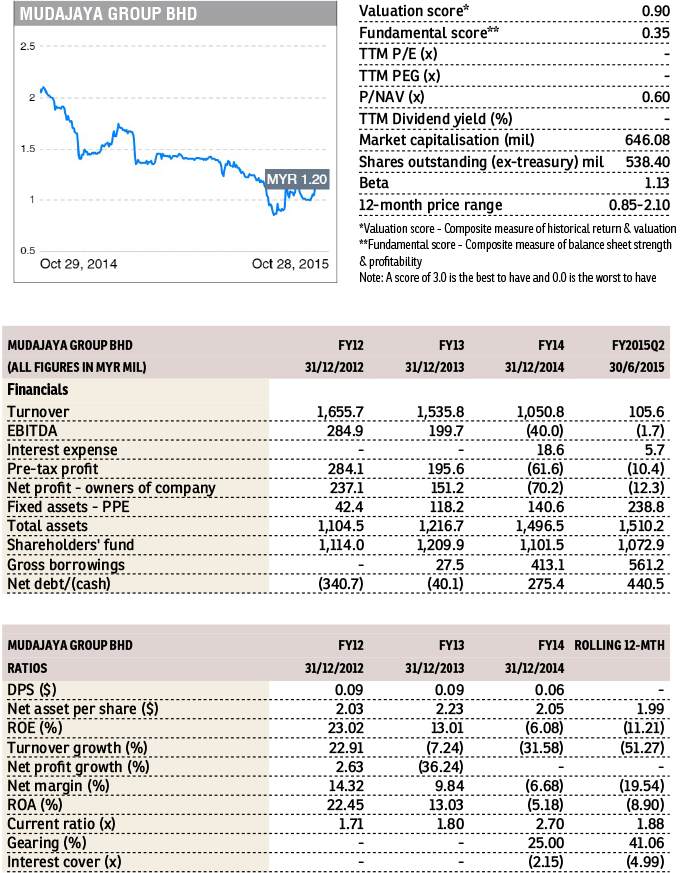