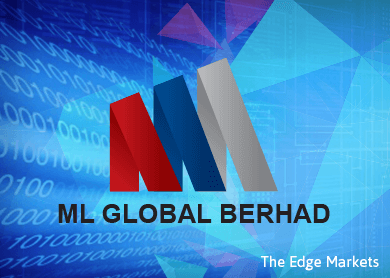 Bursa Malaysia uplifted the group from its Practice Note 17 (PN17) status on Thursday (March 10), following the completion of its regularisation exercise. The group, previously known as VTI Vintage Bhd, fell into PN17 category on Feb 25, 2010.

The group is required to record a net profit in two consecutive quarters immediately after the completion of the regularisation plan.

For its financial year ended Dec 31, 2015 (FY15), its net profit jumped more than 86 times to RM10.2 million from RM118,000 in FY14, mainly due to profit generated from its construction projects including Sinaran Mahkota, Bandar Indera Mahkota in Kuantan. ML Global has returned to the black since 4QFY14 and has been profitable since then.

The group is currently trading at a trailing P/E of 4.18 and 1.4 times its book value. 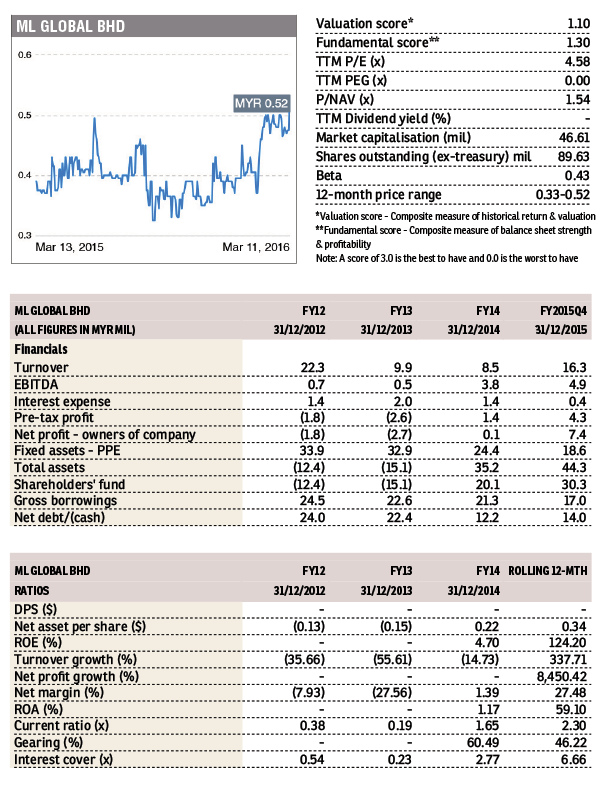