On Tuesday, shareholders approved the company’s joint venture with China Power Engineering Consulting Group Co. to develop and run a 1,200MW thermal power plant in Vietnam. The project is expected to cost US$1.87 billion (RM8.0 billion) and is Jaks’ maiden foray into power generation.

At the moment, revenues are mainly derived from water infrastructure construction and property development. For 1HFY2015 ended June, the former accounted for 56% of revenues whereas the latter contributed 22%.

Jaks has a construction order book of RM700 million and unbilled property sales of RM400 million as at June 30, 2015.

The stock trades at a trailing 12-month P/E of 26.7 times and has net debts of RM514.7 million. It does not have a history of paying out dividends. 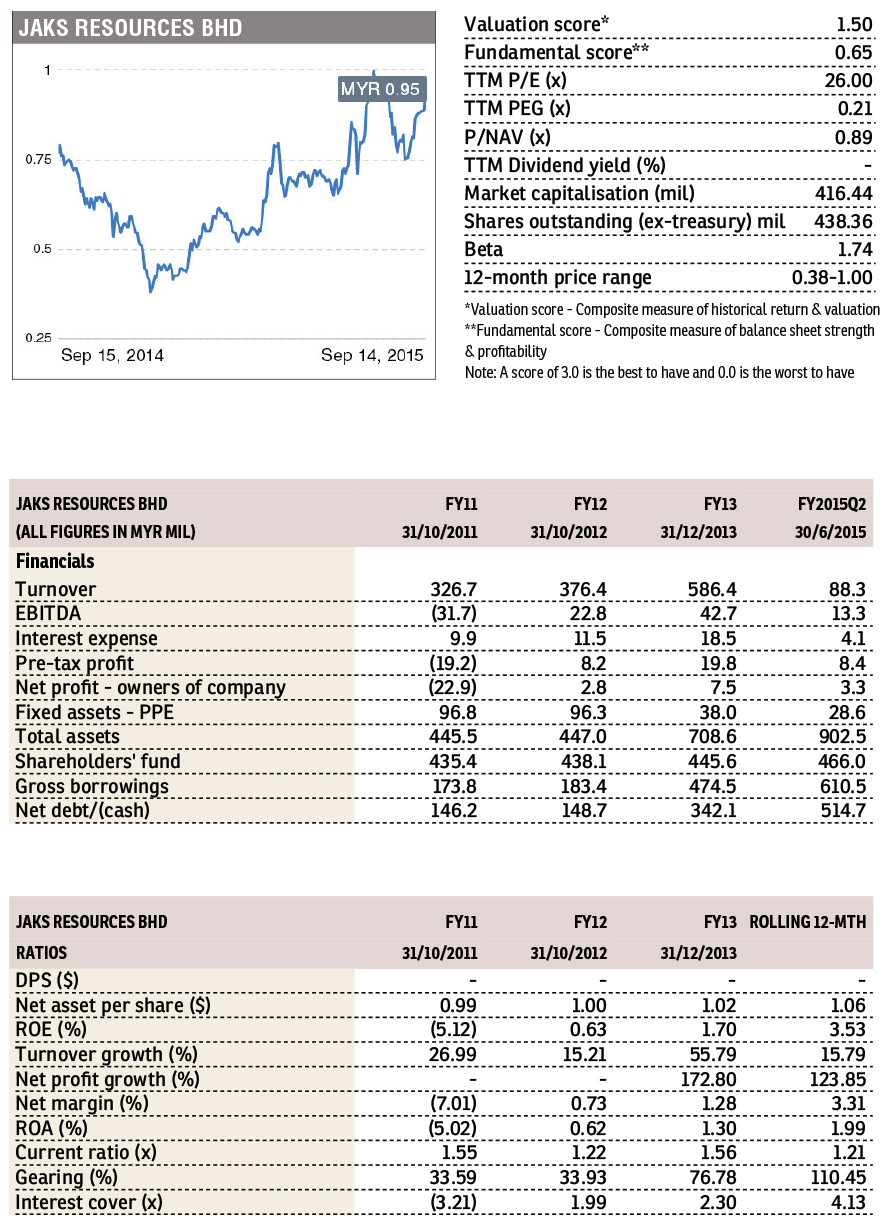