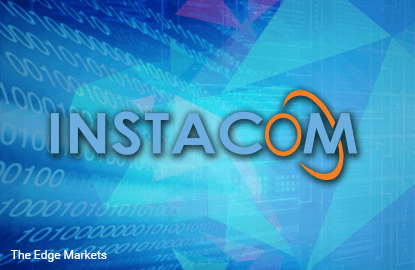 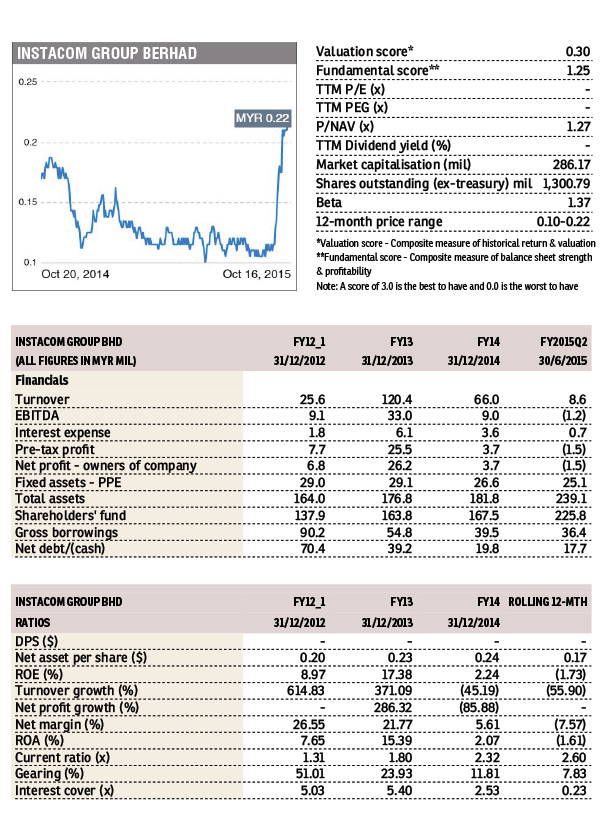 Instacom (Fundamental: 1.25/3, Valuation: 0.3/3) was picked by our momentum algorithm for the 10th time since September 29, rising 25.7% over the period. The stock closed unchanged at 22 sen yesterday on heavy volume.

In August, the company proposed to acquire 43.6% equity interest in Neata Aluminium (Malaysia) Sdn Bhd for RM73.6 million, thereby raising its stake to 78.6%. The proposed acquisition will be satisfied through the issuance of 605.84 million new shares at 10 sen each and RM13 million in cash.

Neata is mainly involved in the design and fabrication of aluminium structures while its wholly-owned subsidiary, Vivocom, is engaged in civil engineering and construction services. The proposed acquisition comes with an aggregate profit after tax guarantee of at least RM34 million for financial year 2015-16.

For 1H2015, Instacom slipped into the red with a net loss of RM0.5 million while revenue dropped 60.9% to RM15.7 million, due mainly to lower work orders.