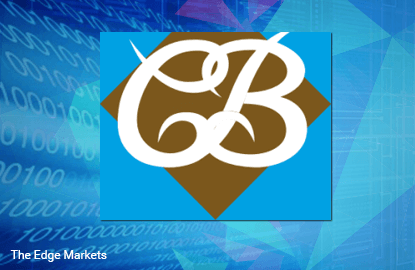 This article first appeared in The Edge Financial Daily, on November 27, 2015.

For 9M2015, net profit nearly tripled to RM21.2 million on the back of a 40.0% increase in revenue to RM213.6 million, due mainly to higher progressive construction progress recognised.

CBHB is mainly involved in construction and property development, which it ventured into in 2003. The two segments contributed 47.4% and 44.8% of its revenue in 2014, respectively. CBHB, through its joint venture unit, also holds a build-lease-maintain-transfer concession for the UiTM Tapah II Branch Campus. The 20-year concession will end in January 2034.

The company has been buying back its shares since August. It now holds 3.1 million treasury shares or about 1.8% of its outstanding shares, up from 0.7% previously.

Last Tuesday, CBHB announced that it will not proceed with the proposed placement (first proposed in November 2014) in view of current market conditions. 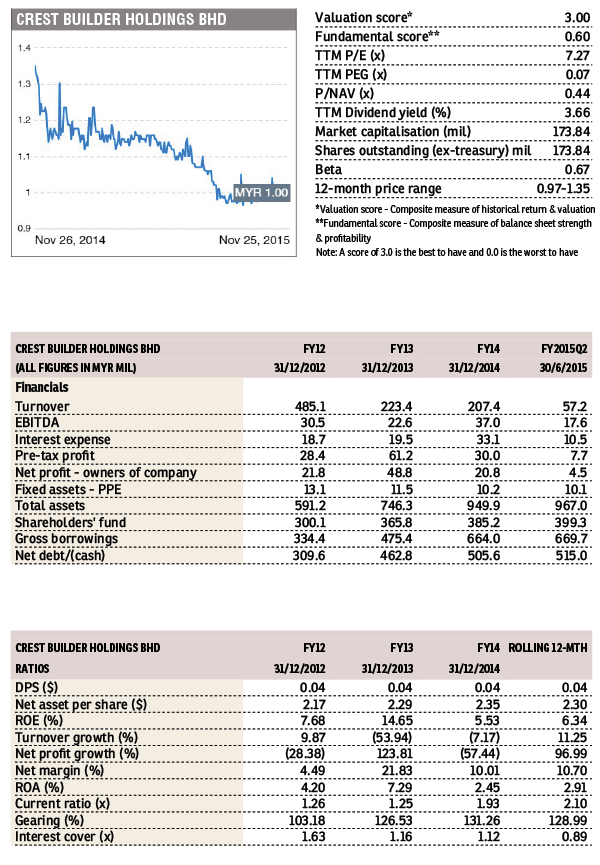