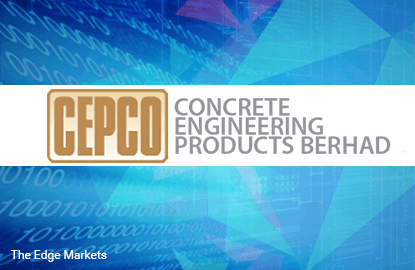 Concrete closed unchanged at RM1.95. The stock had increased by 7.1% since the turn of the year. The thinly traded stock had a relatively large volume of 107,100 shares last Friday compared to its average 200-day volume of 4,029.

In the annual audited report for financial year ended Aug 31, 2015, the group recorded a jump of 43.8% in revenue to RM222.5 million. The group returned to black with RM2.4 million profit from a loss of RM0.8 million. The improvement in performance was due to more deliveries to overseas projects.

The group is involved in producing high quality concrete engineering products such as pre-stressed spun concrete piles and poles for local and export market. 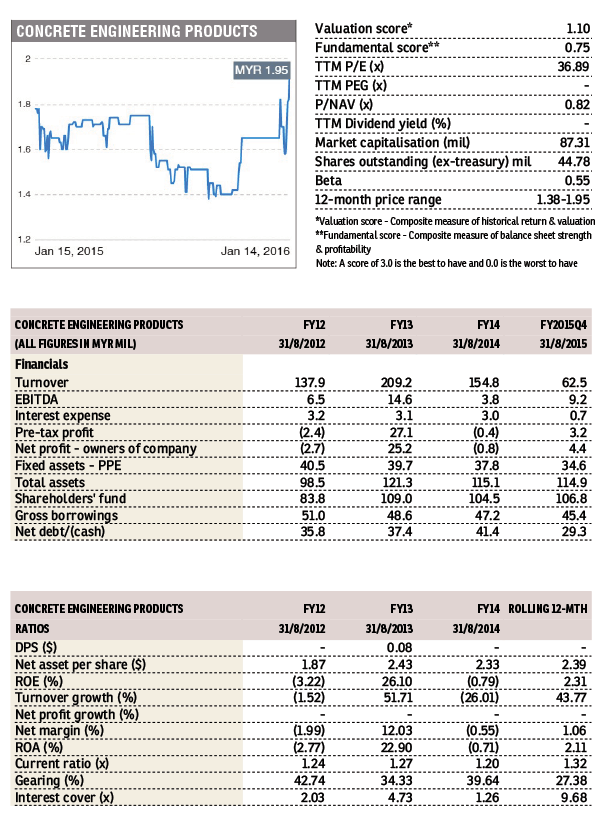