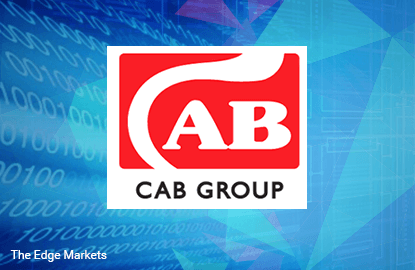 This article first appeared in The Edge Financial Daily, on January 20, 2016.

Shares of CAB (Fundamental: 0.55/3, Valuation: 1.1/3) rose as much as 5.8% to an intraday high of RM1.83 in early trade yesterday, after it proposed a private placement to Plant Wealth Holdings Limited on Monday. The stock closed 1.2% higher at RM1.75 yesterday.

The placement, at the issue price of RM2.07 a share, will see the company raise up to RM31.2 million. Of the proceeds, RM10 million would be used to repay borrowings, while RM20.8 million will be used for general working capital purposes.

Post-placement, Plant Wealth is expected to hold between 6.79% and 9.1% of CAB’s shares.

Recall that CAB had, in December, entered into a memorandum of understanding with KMP Private Ltd — which controls Plant Wealth — to study the possibilities of a joint venture in Indonesia. KMP is 67%-owned by Anthoni Salim, chairman of Salim Group. 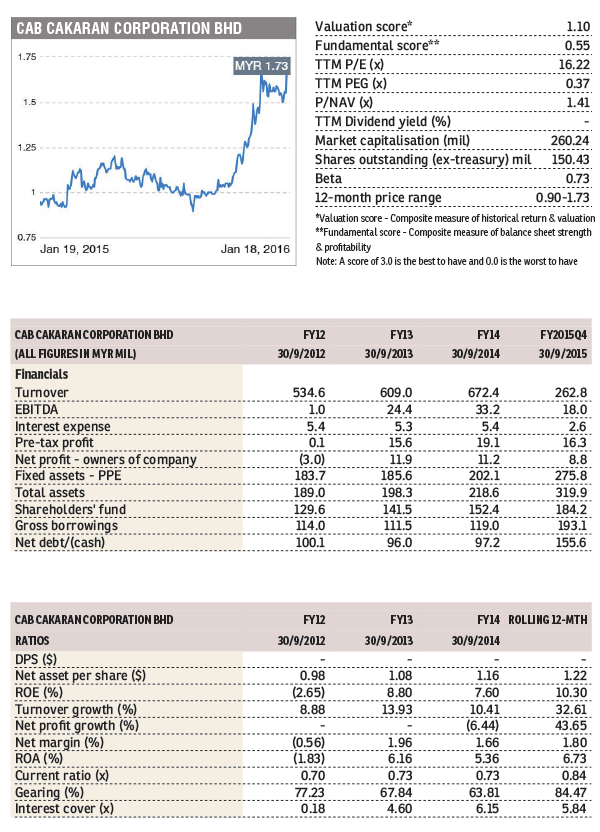